Shekinah chats to us about her new album Trouble in Paradise 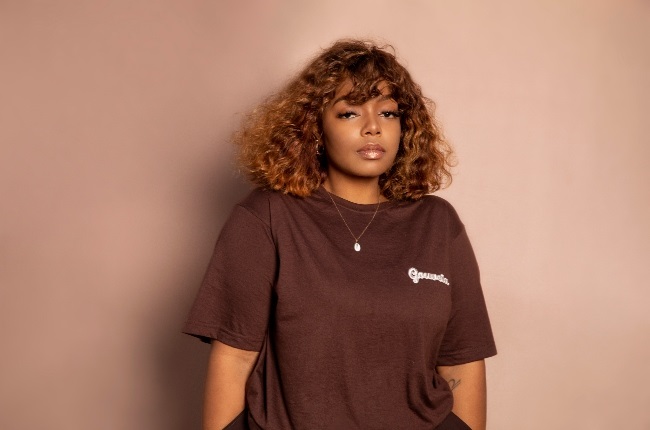 Shekinah says her latest album, Trouble in Paradise, is about discovering yourself. (Photo: Supplied)

With her trademark velvet voice and a string of hits to her name, there’s no doubt Shekinah is one of SA’s biggest talents.

Two years ago, the Durban-born singer released her platinum-selling album Rose Gold, and now the 26-year-old has cut her second album, Trouble in Paradise, which features her brand-new single, Fixate.

We caught up with the former SA Idols contestant for an exclusive chat.

You’ve been quiet since the release of Rose Gold two years ago. Did you take a break?

Yes, I took time out. It was important, you become so consumed in all these worldly things, and I really decided to take a break to acknowledge myself as a person and to establish my festival, Rosefest.

Tell us about your new album.

I started working on it straight after Rose Gold, and basically, the thought process continued. Rose Gold was about where I was at that time, I was 21/22 [years old]. You’re wearing tinted gold shades and are oblivious to the lessons and realities.

Trouble in Paradise is almost like I’m taking those rose-tinted glasses off. There was a lot of self-love that needed to be done. So there are titles like Girl in the Mirror, Not Safe . . . But it’s not a sad album, it’s empowering. It’s about discovering yourself and being able to face yourself. It’s still light in the sense of the genre, it’s still pop with hints of RnB.

What’s important to you when you’re making music?

Being open and honest. The more you’re like that in your songwriting, the more people understand you. I’m grateful for my career, I’ve had a beautiful audience who’ve been with me since Idols and high school. It’s important for me to be honest in my journey.

What’s been your greatest take-away from Covid?

As a musician in SA you’re on this hamster wheel where you’re consistently working, doing gigs. It’s only because of Covid that I got to attend my niece and nephew’s birthdays. So that’s been amazing, just re-connecting. It’s been a type of de-cluttering of the mind.

Do you still enjoy performing live?

I’m actually an introvert, so sometimes when you have to put on a public face and a persona it can be stressful. But I do enjoy performing.

Tell us more about Rosefest.

It’s an all-female run festival. We had the first one last year on Women’s Day. We try to create a beautiful, safe environment for women, just to be free. But of course men are allowed too, we’re inclusive. The second one, we ran in Durban the day after Day of the Girl Child. So we pick dates that are important to us and run the festival then.

I just felt that 80% of line-ups at music festivals are male, so I wanted to make something about women.

This year we did a virtual festival in June in partnership with LifeLine so we touched on things like women in the workplace and gender-­based violence. Hopefully we’ll be able to have outdoor festivals next year.

Who are you listening to right now?

I’m ready to move on to a new project, which will be my next album about my experiences of 2020 and 2021. But [laughs] it won’t take another two years to make an album, I promise!

We live in a world where facts and fiction get blurred
In times of uncertainty you need journalism you can trust. For 14 free days, you can have access to a world of in-depth analyses, investigative journalism, top opinions and a range of features. Journalism strengthens democracy. Invest in the future today. Thereafter you will be billed R75 per month. You can cancel anytime and if you cancel within 14 days you won't be billed.
Subscribe to News24
Next on You
‘She exercised every day – this is crazy’: family open up about the tragic death of Spud actress Charlbi Dean