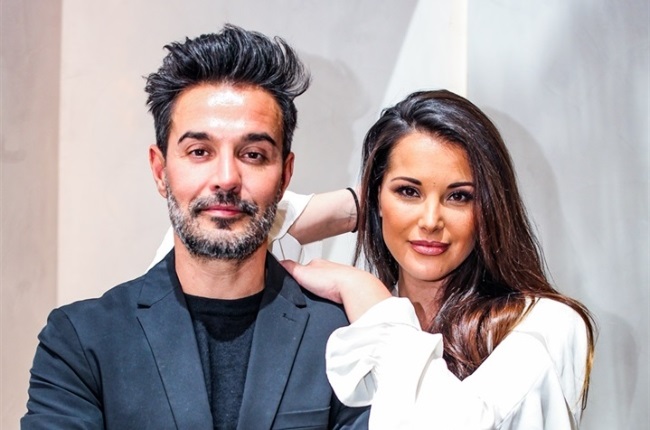 Nicky van der Walt and Lee-Ann Liebenberg recently made headlines after the former model abruptly announced that they were getting a divorce. (PHOTO: Sharon Seretlo)

It came like a bolt from the blue. Shortly before the drama exploded, Lee-Ann Liebenberg and her husband, Nicky Van Der Walt, had opened up to YOU about their happy marriage and how they were planning to renew their wedding vows.

They had recently welcomed their third child, Jagger, into their family, a treasured little son and brother to their daughters, Gia (10) and Gabriella (7).

Lee-Ann also spoke about how hard it had been to get back into shape since the pregnancy and acknowledged she was still emotional after the birth of Jagger on 4 March.

“My hormones are still all over the place,” she said. “I’m not 20 anymore. I want to take my time. I just want to be emotionally okay before I start to work on my body again.”

Then, on the evening of 2 July, a bombshell post went up on Lee-Ann’s Instagram. “It is with great sadness that Nicky and I have decided to part ways after 10 years of marriage.” In a series of Instagram stories, the former model announced the end of her 10-year-marriage with Nicky. (PHOTO: Instagram)

YOU immediately contacted Nicky’s PR representative, Nicole Ogle, to find out what was going on. Her account could have been hacked, she told us. “I’m going to double-check and will keep you posted.”

A few minutes later she forwarded Nicky’s message. “Been hacked – trying to deal with it.”

But the next morning the mystery intensified when Lee-Ann posted on Instagram again. “I have not been hacked. Emily Kark, you can have him.”

Emily appears to be a businesswoman and is a mother.

Nicky then posted his own message on Instagram. “In response to my wife’s post. I love her and my children dearly and with all my heart. We are not getting a divorce.

“Lee is suffering from deep PPD (postpartum depression) and all I can do is try to be there for her for the best of my family whom I love and respect with my whole being. I ask everyone to please give us space to work through this and respect our family and pray for her to get better so we can put it behind us and focus on our beautiful children.

“Lee-Ann I love you with all my heart baby. Always and forever.”

Shortly afterwards, Lee-Ann responded on Instagram. “Thanks for all the concern, messages and calls! Going to take a few days off! Lots of love.” After the drama that unfolded, Lee-Ann revealed to her followers that she is taking a break from social media. (PHOTO: Instagram)

All went quiet on social media. Emily removed her social-media profiles although she later reactivated her Instagram account and made it private.

Then, late on Monday 5 July, Lee-Ann posted again. “I retract and apologise to Emily Kark for the allegations I made about her on 2 July on my Instagram page.”

But it seems Emily wasn't taking matters lying down and hired lawyer Ulrich Roux to represent her. “The apology is the result of legal action taken by me because of the completely baseless and untrue defamatory allegations levelled against me,” she said on her Instagram Stories, which was reposted by her lawyer’s firm, Ulrich Roux & Associates. Lee-Ann later retracted the allegations made against Emily and issued a public apology. (PHOTO: Instagram) Emily responded to the apology and alleged that it was issued after she took legal action. (PHOTO: Instagram)

“I would like to thank all of my friends and family for the love and support shown to me after the last few days. Also my representation whom [sic] got the job done so quickly!”

In YOU’s interview with Lee-Ann and Nicky, which took place not long after the couple opened a new restaurant in Sandton, Lee-Ann spoke about feeling under pressure to look good for the eatery’s opening event.

Nicky interjected, “To me, Lee-Ann is more beautiful than ever.”

The couple also spoke about the heartbreak of having a miscarriage shortly before she conceived Jagger and how the birth of the little boy had helped ease the pain.

“As parents we’re much more grown up now. With Gia it was the first time for us changing nappies. With Bella I felt a little guilty because we had Gia too and were trying to balance everything.

“But once we found our balance, the third one was just a natural fit.”

We live in a world where facts and fiction get blurred
In times of uncertainty you need journalism you can trust. For 14 free days, you can have access to a world of in-depth analyses, investigative journalism, top opinions and a range of features. Journalism strengthens democracy. Invest in the future today. Thereafter you will be billed R75 per month. You can cancel anytime and if you cancel within 14 days you won't be billed.
Subscribe to News24
Next on You
New public interest in Senzo Meyiwa case as his murder trial gets under way