Mark Pilgrim shares an update on his brave cancer battle: 'They drained 2 litres of fluid out of my right lung' 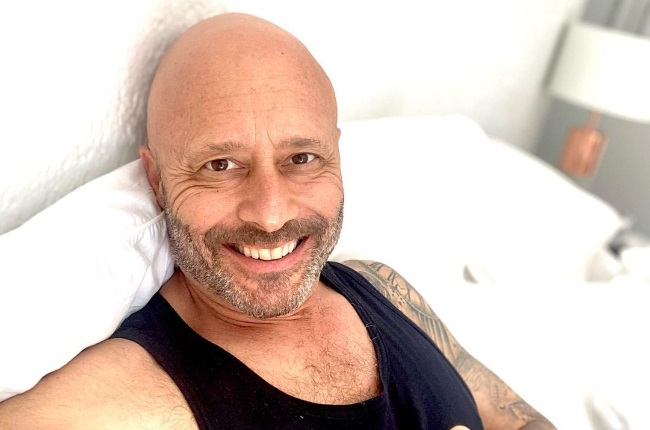 Mark spent two weeks unable to do simple things like lift his arms or talk without losing his breath. (PHOTO: Instagram/ Markpilgrim)

He had a bit of a setback when his immune system took a knock, but DJ and presenter Mark Pilgrim (53) isn’t giving up in his battle against cancer.

“My immune system crashed about three weeks ago, but that happens from chemotherapy. There’s always a point in chemo where you have to stop, and you don’t always know where that point is until it happens,” the cancer warrior tells YOU.

Mark had a persistent cough, so doctors put him on antibiotics to treat what was thought to be bronchitis. After two weeks of bed rest and various scans later, they determined that his right lung had collapsed due to fluid build-up in the lung cavity. “I wasn’t able to breathe when I talked. Bear in mind, I talk for a living. I was like a pianist who suddenly had no fingers,” Mark says. “We all have about 300ml of fluid in our cavity – mine filled up about 5,5 litres. They drained two litres out a few days ago and straight away the top of the right lung started working again. Doctors drained two litres of fluid from his right lung and have drained more since. (PHOTO: Instagram/ Markpilgrim)

“They’re going to do 2 litres at a time for a week or so. But I’m feeling much better now.”

One positive is that Mark no longer has tumours in his spine or in his leg, and the one in his lung has shrunk significantly, thanks to the various treatments he’s undergoing.

“I’m also on immunotherapy and from next week I’ll be on a drug from the Netherlands, which is a targeted therapy,” Mark says. His partner, Adrienne Watkins, has been a source of strength. (PHOTO: Instagram/ Markpilgrim)

He’s still taking about 34 tablets in the morning daily, which are a combination of non-prescription meds like medicinal mushroom tablets and vitamins. Mark is also still sticking to a strict diet – no gluten, sugar, dairy, fruit, coffee or alcohol, and no acidic food.

‘The prognosis wasn’t great from the beginning, so I’m defying the odds’
Mark Pilgrim

His vegetables are strictly organic and once in a while he’ll indulge in a small portion of fish or chicken.

Having a positive outlook is helping him in his attempt to kick cancer to the kerb – it’s his second bout, having survived testicular cancer 33 years ago. “The prognosis wasn’t great from the beginning, so I’m defying the odds and we’ll continue on this path,” says the Hot 102.7 mid-morning show host.

“Not every day is a good day. I always say to people, strength lies in the ability to acknowledge a moment of sadness or weakness – have a cry – but uncurl yourself and stand up again the next day.”

We live in a world where facts and fiction get blurred
In times of uncertainty you need journalism you can trust. For 14 free days, you can have access to a world of in-depth analyses, investigative journalism, top opinions and a range of features. Journalism strengthens democracy. Invest in the future today. Thereafter you will be billed R75 per month. You can cancel anytime and if you cancel within 14 days you won't be billed.
Subscribe to News24
Next on You
Bianca Naidoo opens up on grief and life a year after Riky Rick's death