Cape Town - The Duchess of Sussex plans to hire an American nanny to help take care of the royal baby – she’s even considering a male nanny, reports say.

Meghan and Harry have instructed staff at a Kensington-based recruitment agency to find a suitable candidate to start in the next three months, Mirror UK reports.

"Meghan and Harry have clear ideas on how to bring up their ­children," a source said.

"Meghan was clear in telling recruiters she favours an American over a Brit and wants them to feel part of the family rather than a uniformed member of staff.

"That is important to her, she’s never hidden the fact she’s fiercely proud of her American roots," the source added.

The successful nanny would be based at the royal couple’s home – Frogmore Cottage – and  could earn up to £70k a year (about R1.3m) depending on experience, The Sun UK reports.

The royal family reportedly favour bilingual nannies with the Duke and Duchess of Cambridge, William and Kate, hiring Spanish nanny Maria Teresa Borallo to help out with their three children, Express UK reports.

Meghan, however, isn’t only breaking with royal tradition by favouring an American nanny, but also by deciding not to pose on the hospital steps after the newest royal baby is born – instead opting to post pictures on the royal’s official Instagram page after the birth.

Related Links
Prince Charles and Camilla’s next trip just gave away Meghan’s due date
Gayle King supports Meghan and Harry’s decision to keep the birth of the newest royal baby private
Has Meghan already given birth to the royal baby?
Share
Next on You
Sharon Stone: I cheated death three times 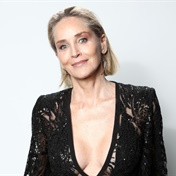