Cape Town - Buckingham Palace was at fault for not lending Thomas Markle a helping hand, reckons a former bodyguard of the late Princess Diana in the light of Thomas’ ongoing troubles with the British royals.

Thomas (74), father of Meghan, the Duchess of Sussex, has been reported in the media making a string of contentious statements following his daughter allegedly cutting him out of her life after marrying Diana’s son Prince Harry in May.

Ken Wharfe (69), who was Diana’s bodyguard for five years, says Harry and his brother, William, also “let themselves down”.

According to The Mirror, Ken said in an online interview that Harry damaged the royal family’s reputation in 2005 when he dressed up in a Nazi uniform for a party – on the 60th anniversary of the Holocaust, in which Nazi Germany killed six million Jews.

In the same interview he says the palace should’ve done more to help Thomas deal with the media attention he was subjected to after it became known his daughter was to marry into the royal family.

“I think the palace was at fault not to earmark this problem very early on.”

If it were him, Ken says, he’d have insisted that Buckingham Palace send someone to help guide Thomas through the stormy waters of the intense media scrutiny he faced in the run-up to the May wedding, Express reports.

Ken reckons the palace got what it deserved for not recognising the problem sooner.

“This was a case that was badly dealt with by the palace.”

He also blames Meghan for listening to the palace’s “bad advice” on how to deal with her dad.Thomas has referred to the royal family as “cult-like, like Scientology, because they’re secretive”.

On another occasion he said Meghan “would be nothing without me” and expressed fears that if Harry and Meghan were to have kids, they’d keep his grandkids from him because he’d been outspoken about the royal family.

The royals cut him off from his daughter for criticising the family, he added. 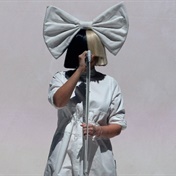