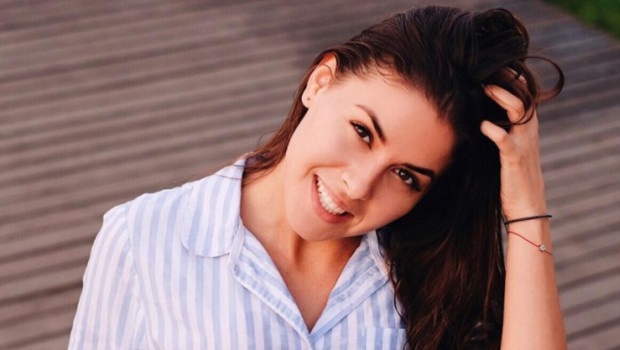 A woman says she recently split from her husband after recognising a picture taken in her bedroom on another woman’s Instagram feed.

Yulia Agranovych, from Saint Petersburg, Russia, discovered an image of the view from her bedroom – with the caption “City Lights” – which had been uploaded by Vlada Abramovich on Instagram.

Things went from bad to worse when Yulia, a dentist who previously worked as a model, noticed pictures of her husband, Nazar Grynko, while scrolling through Vlada’s Instagram feed.

“Like any other person in the 21st century I began my day browsing through my Instagram timeline, and suddenly I saw this very photograph,” Yulia says.

“It turned out that this woman and I share a large number of the same subscribers.

“Having visited her account, I found many other interesting photographs, including those of my husband.”

The furious wife confronted both her husband and his lover on the social media site, posting to Vlada’s Instagram account: “Beautiful view from my husband’s bedroom.”

At first her husband, Nazar Grynko, told her that while she’d been away on a trip he’d invited friends over before they went to the cinema. He also claimed that Vlada was his friend’s girlfriend.

“When the guests came, they would have headed to the kitchen to drink tea – not to the bedroom," Yulia told him.

Vlada quickly deactivated her account after being confronted by the livid wife but a while later admitted on another social media platform that she’d been having an affair with Nazar.

“She is his wife, not mine, what’s the problem?” an unapologetic Vlada says.

“Is he just a vegetable without free will? Don’t make me laugh.”

Nazar later admitted to Yulia that he’d had several lovers when they’d spent time apart – claiming he was always “mentally faithful” to her.

“[He says he] told every girl he was married,” Yulia says.

Yulia reveals that she will be getting a divorce and is glad she found out about her husband’s wandering ways sooner rather than later.

“If he finds a woman who’s ready to be with him, and to accept it, let them be happy together.

“I’m glad I got to know about it now and not when I became pregnant, for example, because we were planning to have a family.”

Read more on:
cheatingwifehusbandaffair
LATEST YOU