Ryan Reynolds is offering R82 000 for a lost teddy bear – no questions asked! 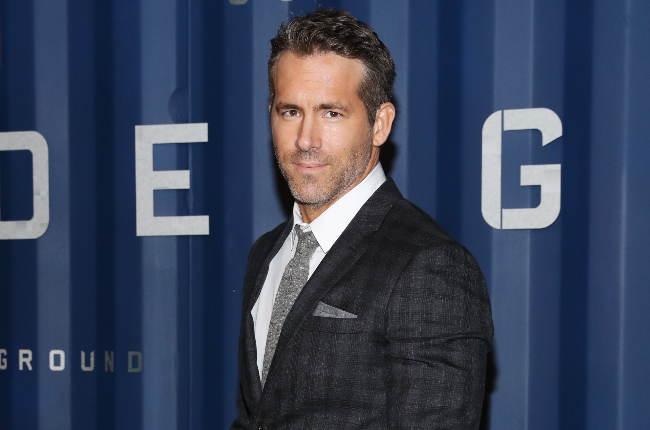 Ryan Reynolds aka Deadpool to the rescue!

It looks as if the 43-year-old is putting his fictional superhero powers to the test in a bid to help a woman recover a lost teddy bear.

This isn’t any ordinary stuffed animal. It belonged to Mara Soriano (28) from Canada and was fitted with a recording device that replayed her late mother’s voice who died in June 2019 from cancer, according to TIME.

Whenever Mara squeezed the bear it would play the audio of her mother’s voice, “I love you I’m proud of you, I’ll always be with you,” which was recorded shortly before she went to a hospice, Pop Culture reports.

“At hospice her voice was different. Much softer. Not the mom I grew up with. That bear is the last memory I have of her speaking in her normal voice,” Mara recalled.

Mara lost the endearing gift while she and her fiancée were moving apartments. It was in her backpack which contained other valuables such as citizen documents, an iPad and a Nintendo Swatch.

While she suspects that the backpack was stolen, she’s heartbroken about losing the bear because of its sentimental value.

“$5,000 to anyone who returns this bear to Mara. Zero questions asked. I think we all need this bear to come home,” he captioned the retweet.

Vancouver: $5,000 to anyone who returns this bear to Mara. Zero questions asked. I think we all need this bear to come home. https://t.co/L4teoxoY50

The post has since garnered 335 000 likes and 97 000 retweets, with many users applauding Ryan for using his platform to spread the word and calling for the safe return of the prized stuffed animal.

We live in a world where facts and fiction get blurred
In times of uncertainty you need journalism you can trust. For 14 free days, you can have access to a world of in-depth analyses, investigative journalism, top opinions and a range of features. Journalism strengthens democracy. Invest in the future today. Thereafter you will be billed R75 per month. You can cancel anytime and if you cancel within 14 days you won't be billed.
Subscribe to News24
Related Links
Scarlett Johansson says she romanticised marriage during relationship with Ryan Reynolds
Ryan Reynolds reveals that Blake Lively drove herself to hospital while in labour
Elon Musk challenges Johnny Depp to cage fight over Amber Heard affair rumours
Next on You
Back together: Sylvester Stallone and wife Jennifer Flavin 'extremely happy' after calling off their divorce