Cape Town - Former X Factor judge Sharon Osbourne has confessed to drugging her husband Ozzy to find out about his affairs.

The 66-year-old revealed she fed the Black Sabbath frontman extra sleeping pills to get drowsy and confess his infidelity.

According to The Sun, she says she did this because Ozzy accidentally sent her a message that was meant for "one of his women".

"I put an extra two [sleeping pills] in his drink and asked him everything, and everything came out.

"He’d have never told me the truth, ever. He was ashamed, afraid. I knew how long. I knew who it was. I knew what he was thinking and then, you know, you leave.

"Ozzy told me it was over with this woman and I believed him. Then, six months later, I found out it wasn’t and there were others. Only then did he come out and say, ‘I’m an addict. I can’t help it.'"

Ozzy went to rehab for sex addiction after his affair with hairstylist Michelle Pugh became public in 2016, reports Daily Mail.

The couple, who'd been married 33 years, then split up — but reconciled just four months later and renewed their vows.

Sharon recalled feeling "broken" and says that despite reconciling, she doesn't trust Ozzy as far as she can throw him. And that is something she worries about, adding that "nothing in the world hurts like infidelity".

The star also said part of her decision to stay with Ozzy was that nobody would want to ask her out now.

"This is as good as it gets and I love him. He’s my husband and I have to take care of him and you just become this woman that takes care of this person and this is my life. This is what I do," reports The Mirror. 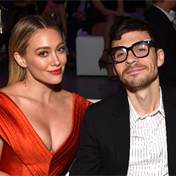