This beautiful blogging mom stuns onlookers – and sometimes even her own family – with her uncanny resemblance to supermodel Kendall Jenner.

Teona Chachua from Georgia in the US never realised just how much she looked like the Keeping Up with the Kardashians star until she started beauty blogging in 2018 and was inundated with comments from fans of the reality TV show.

“As soon as I started my videos and posted pictures, people started commenting, saying that I look like her,” Teona said.

“It’s nice when you get compared to someone as beautiful as she is.”

The 29-year-old mom-of-one who measures around 20cm shorter than the 1,7m-tall 24-year-old brunette was left shocked when people started stopping her in the street and telling her she looks like Kendall. People started stopping Teona in the street and telling her she looks like Kendall. (Photo: ASIA WIRE/MAGAZINEFEATURES.CO.ZA). “Sometimes people double-take when they look at me in the street and sometimes even say ‘Oh my god, you look like Kendall’.”

Now Teona’s own husband, Giorgia (29), and her family joke that the pair are somehow related, after the mom has embraced the comparison, describing it as “a huge confidence boost”.

“I do get a confidence boost out of it but I don’t personally think I look exactly like Kendall, but that’s because I know that I’m quite short and she’s so tall.

“I get a lot of comments especially from her fans who actually think it’s her, and my family joke that we are related somehow. It’s a bit strange for me as well because at the end of the day I’m just a normal girl,” she added.

“When I just post pictures or videos people always compare me to Kendall or Emily Ratajkowski and some people even tell me that I look like Sandra Bullock.” 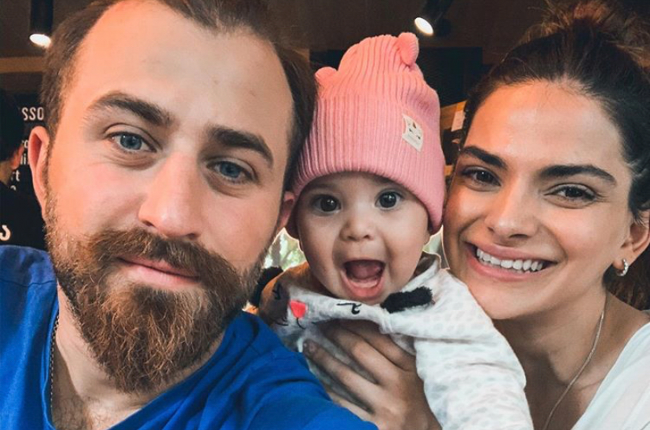 Teona’s own husband, Giorgia sometimes jokes that she might be related to Kendall. (Photo: ASIA WIRE/MAGAZINEFEATURES.CO.ZA).

Related Links
Stunning doppelgangers found continents apart – even their families can’t tell them apart
These 7 celebrity lookalikes will blow your mind!
Could Trevor Noah have a long-lost brother?
Share
Next on You
Usain Bolt shares adorable pictures of his baby daughter – and we can’t get enough of her!