It’s been a whirlwind year! From celebrations to disasters and joy to heartache, we’ve selected the most powerful pictures taken by YOU’s photographers in 2017. When Zeitz MOCAA – Africa’s largest contemporary art museum – opened its doors in September, hordes of people lined up to view the spectacular, world-class exhibits. Here Elana Brundyn, the museum’s director of institutional advancement and external affairs, admires one of the artworks. – Kim Abrahams 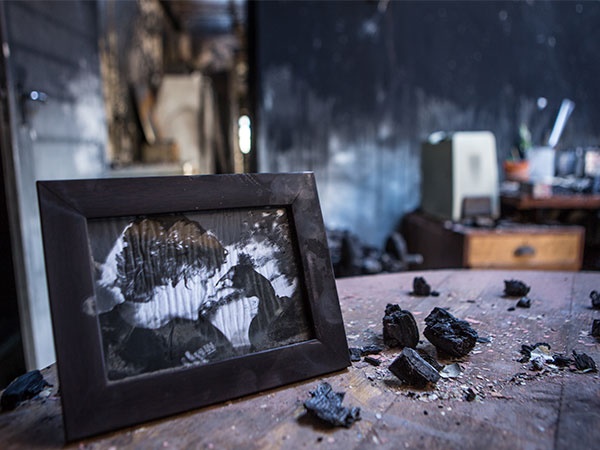 A scorched photograph of Jacques and Sunita van Dyk was found in the ruins of their home near Wellington in the Western Cape. The couple’s bodies were discovered in the early hours of 10 May 2017 in the bathroom of their home. They’d died of smoke inhalation but an autopsy revealed a bone in Sunita’s neck had been broken. – Marelize Potgieter Shaninlea (Shan) Visser (34) from Durban in KwaZulu-Natal had to start putting her life back together after losing her limbs, nose, lips and other parts of her face after she’d contracted septicaemia (blood poisoning) in a Port Elizabeth hospital in April. – Pieter van Zyl The memorable moment in March when Demi-Leigh Nel-Peters, a BCom student from Sedgefield in the Western Cape, was crowned this year’s Miss South Africa at Sun City. The brunette beauty with a svelte figure and dazzling smile was an obvious winner – and it didn’t stop there. Later in the year, sporting silky blonde tresses, Demi took to the stage in Las Vegas, America to bag the crown as Miss Universe 2017. – Shanaaz Prince As a toddler Bennemie Strydom (14) nearly drowned in her aunt’s fishpond, leaving her with the mental capacity of a 14-month-old. Her mother, Salomé, says she’s been blessed with a loveable teenager who never rolls her eyes – and that Bennemie has a laugh that makes everybody around her smile. – Carla Coetzee The story of how Rina Smit (77) from Bloemfontein was reunited with her long-lost son, Dennis, after 31 years took a tragic turn when it emerged the 31-year-old, who’d presented himself as her 50-year-old son, was in actual fact Fransua Venter, a homeless man from Pretoria. – Marizka Coetzer 2017 was an annus horribilis for singer and actress Amor Vittone. Not only did her estranged husband and the father of their two children, Springbok hero Joost van der Westhuizen, finally succumb to motor neurone disease, she remained locked in a legal battle over his will. In July, Amor spoke to YOU about her trials and tribulations and how an anonymous letter writer had threatened her and the kids. – Jana van der Merwe Dr Karin Lourens (left) and Penny Morkel from the Johannesburg Wildlife Vet in Mindrand draw blood from a spotted eagle owl. More than 300 owls have been treated at the hospital where, in the first three months since it opened, more than 321 animals have been cared for – among them bush babies, bats, hedgehogs, servals and Cape genets. – Jacques Myburgh

10. A FAMILY VINCE CAN ONLY DREAM OF! Soapie star Jacques Blignaut, aka Vince in 7de Laan, spoke to YOU about the contrast between his character’s turbulent life and his own domestic bliss. Here Jacques is on the 7de Laan set with his wife, Melanie, their daughters Angelique (left) and Emmanuelle, and their 10-month-old son, Raphael. – Marizka Coetzer His name is Winds of Fortune Valentina’s Magic – or Ash for short – and people in the dog world are noticing him after he’d won two high-profile awards in quick succession.

First he won the Kusa Show Dog of the Year Competition in 2016, then more recently the highly pedigreed Maltese beat 1 000 other dogs to win Animaltalk magazine’s national competition, which saw him being crowned South Africa’s top show dog. Although he lives on a smallholding near Pretoria the pooch hails from Maltese royalty in Europe, explains his owner, Heidi Rolfes, who has a doctorate in chemical engineering and lectures at the University of Pretoria. – Jana Smit Triple murder-accused Henri van Breda finally took the witness stand to give his version of what happened on the night of 27 January 2015, when his family was attacked with an axe. The 22-year-old, seen here earlier this year leaving the high court in Cape Town, will learn his fate next year. – Joanie Bergh Susan Rohde’s final hours were spent confronting her husband Jason (above) about his relationship with another woman. He was accused of killing her after she was found dead in their hotel room at Spier wine farm near Stellenbosch in the Western Cape on 24 July 2016. The trial continues. – Charlea Grey Award-winning investigative journalist and author Jacques Pauw in his office in the Red Tin Roof Restaurant in Riebeek Kasteel in the Western Cape. His latest book, The President’s Keepers, hit South Africa like a tsunami – it contains a multitude of allegations and revelations regarding corruption and fraud on the part of President Jacob Zuma and the people working to keep him out of jail. – Marelize Potgieter Beandri Booysens at the funeral of fellow progeria sufferer Ontlametse Phalatse in April. Ontlametse, who doctors predicted wouldn’t live past 14, was 18 when she died. Beandri, now 11, has made it her goal to live to age 29. – Ayanda Sithole “We’re just glad nobody died here,” said Masixolo Doyile (31) who works for the municipality in Knysna, Western Cape. After his home had been razed in the monstrous fires that raged in and around the town for several days from 7 June he had to move into his 48-year-old mother Nolingele’s tiny RDP home, along with about 15 other people who’d been left homeless by the blaze. Possessions, including mattresses, had to be left outside as there was no room inside. – Pieter van Zyl Christelle Dreyer (31) from Cape Town refuses to be limited by her body – this graphic designer, dancer and actress happens to be less than a metre tall. But what she lacks in height she makes up for in personality and talent. Christelle and her twin sister, Sherise, were both born with Osteogenesis imperfecta, a condition that limits growth and causes bones to be brittle. Christelle refuses to be wheelchair-bound though – here she’s doing yoga exercises. – Pieter van Zyl 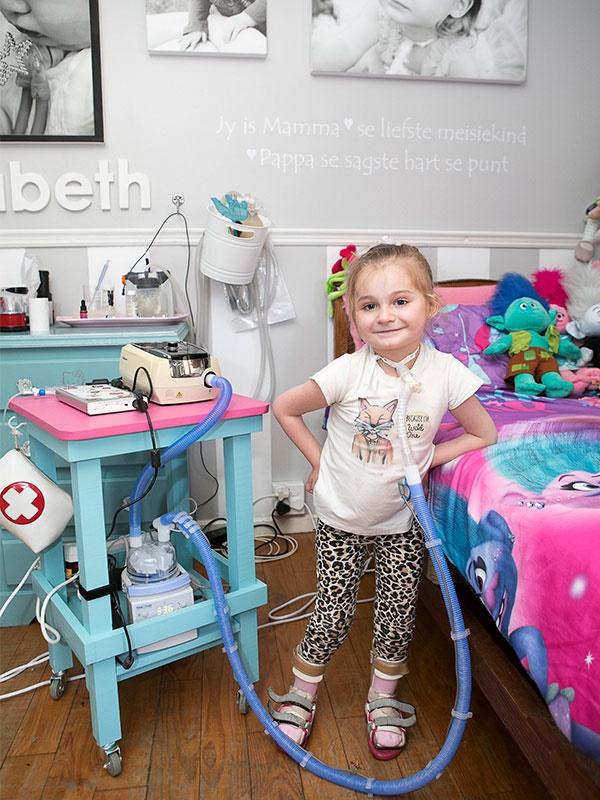 Elizabeth Jordaan (6) from Robertson in the Western Cape suffers from muscular dystrophy. Her diaphragm is paralysed so in order to breathe she has to be hooked up to a ventilator. A carer has to be with her 24/7 to ensure she doesn’t suffocate. – Pieter van Zyl 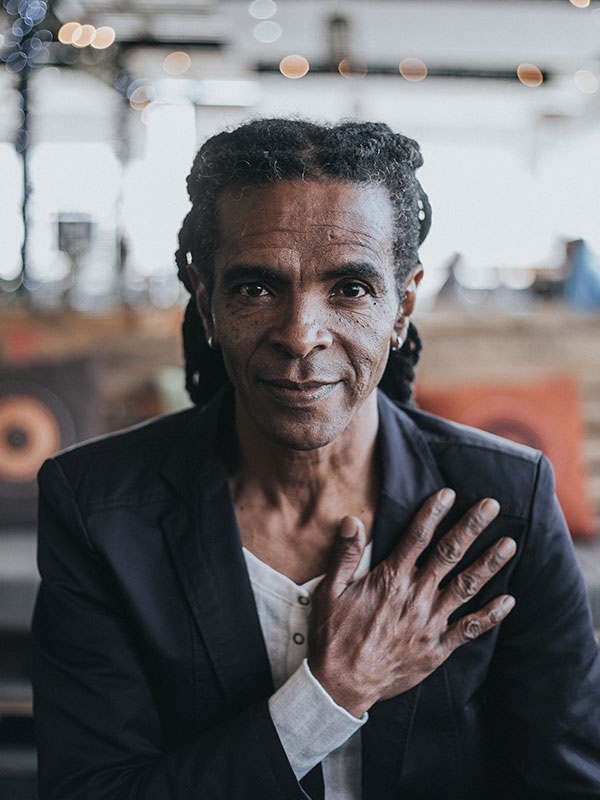 Following his divorce in 2015 entertainer Soli Philander had a breakthrough moment when, he says, he finally understood and embraced his true sexuality. The 56-year-old says it’s taken him almost a lifetime of soul-searching to finally be able to express it in words: “I’m non-binary.” – Colin Hendricks

We live in a world where facts and fiction get blurred
In times of uncertainty you need journalism you can trust. For only R75 per month, you have access to a world of in-depth analyses, investigative journalism, top opinions and a range of features. Journalism strengthens democracy. Invest in the future today.
Subscribe to News24
Next on You
How Lira fell in love with Namibia in lockdown and became the country’s new tourism ambassador

Read more on:
pictures
LATEST YOU