Jeffrey Archer on how writing kept him sane in crazy times It's one of those things that book lovers can bank on: at least once a year there’ll be a new Jeffrey Archer novel hitting the shelf.

When we chatted to the bestselling Kane and Abel author eight years ago he told us he has no plans of ever retiring and he’s made good on that promise. Now at 80, he’s still going strong, and has just released book two in what he envisages as an eight-part series.

We caught up with him to chat about his new novel, Hidden in Plain Sight (the second instalment in Detective Sergeant William Warwick series), and find out how he’s been coping in lockdown.

After releasing so many novels do you still get a kick from seeing a new title on the shelf?

I’m always excited to see the cover, the print, the book itself, and hold it for the first time. That feeling never gets old.

In a nutshell, what’s your latest novel about?

William Warwick has been promoted to Detective Sergeant, but his promotion means that he along with the rest of his team, have been reassigned to the Drugs Squad, and are immediately tasked with apprehending a notorious drug dealer.

Throughout the investigation William runs into enemies, old and new, and as the net closes around a criminal network like none they’ve ever faced before, William devises a trap they could never have expected.

What is it about Detective Sergeant William Warwick that you like so much you want to write a whole series about him?

I was fascinated by the idea of taking a young constable through the ranks of the Metropolitan Police right to Commissioner, tackling a different issue with each book. Though William’s hopes of reaching that high office depend on my longevity, and not on his ability and determination.

How many in this series do you intend to write?

What was the most interesting or funniest thing you discovered while writing this book?

Often senior police officers would tell me the most amazing stories, many of which get into the book, and I hope make the reader sometimes laugh and sometimes be horrified.

What would readers be surprised to know about your writing process?

I still write every manuscript by hand.

How have you been coping during lockdown?

While lockdown must have been a torment of the most unpleasant kind for many people, I was lucky to be able to continue with the day job, and so wrote the next William Warwick novel.

I enjoyed having [my wife] Mary’s company for 145 days, not least because as chair of the Science Museum, she’s able to keep me well-informed on the facts and implications of Covid-19. Plus the fact she took up cooking for the first time in 50 years.

Have you been able to write or have you felt it’s more of a struggle in this time?

I never stop having ideas, so it’s never a struggle. I’m one of those lucky people who’ve done the same job for 45 years and is yet to be bored.

What’s next on the cards for you?

If I manage to complete all eight William Warwick novels, I’ll once again attempt to become captain of the England cricket team, and Prime Minister. But don’t hold your breath.

We live in a world where facts and fiction get blurred
In times of uncertainty you need journalism you can trust. For only R75 per month, you have access to a world of in-depth analyses, investigative journalism, top opinions and a range of features. Journalism strengthens democracy. Invest in the future today.
Subscribe to News24
Related Links
Jodi Picoult talks to YOU about the inspiration behind her new novel
Where do you get your ideas? John Boyne answers the question all authors hate
Vampire Academy is here!
Next on You
Meryl Streep, Nicole Kidman and the rest of The Prom's star-studded cast on making a teen's dream come true 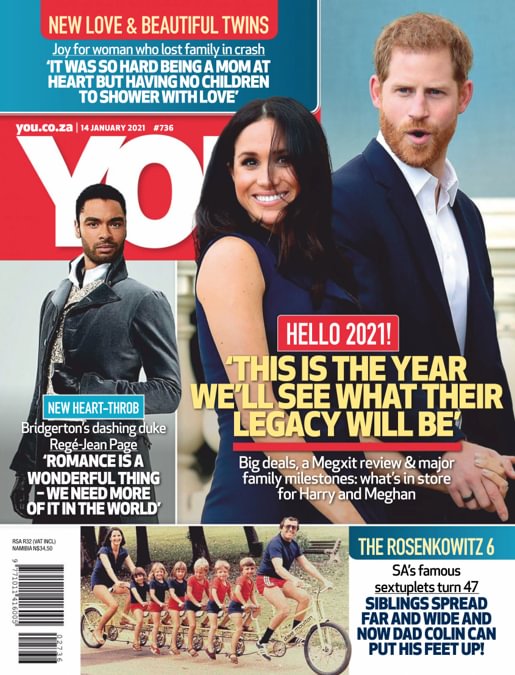