What to watch | A delightful animated sequel, a thoughtful historical drama and a new twist on a horror classic This sequel continues the story of the ever-optimistic koala Buster Moon (McConaughey) and his all-star cast of performers including Rosita the pig (Witherspoon), Ash the porcupine (Johansson), Meena the elephant (Tori Kelly) and Johnny the gorilla (Taron Egerton), as they prepare to launch their most dazzling stage extravaganza yet in the glittering entertainment capital of Redshore City. But first they must persuade reclusive legendary rock star Clay Calloway (U2’s Bono in his animated film debut) to perform with them.

This is an endearing and joy-inducing experience with rich visuals, a feel-good tone, fabulous themes and messages, solid character development and a hilarious script. The choice of classic and contemporary music is on point and, at times, cleverly choreo-graphed for the scenes.

Sing 2 is slightly formulaic but thanks to the return of all your favourite characters and some fabulous new additions, the all-star cast makes this musical a fun and fantastic viewing and listening experience. Carey Mulligan and Ralph Fiennes in The Dig. (PHOTO: Netflix)

True-life drama. Based on the John Preston book of the same name, The Dig is about the 1939 excavation of Sutton Hoo, the most extensive collection of historical artefacts discovered in the UK.

War is in the air when a wealthy Suffolk widow Edith Pretty (Carey Mulligan), contracts Basil Brown (Ralph Fiennes), a self-taught archaeologist – who humbly refers to himself as an “excavator” – to dig up the burial mounds on her estate.

Brown’s former employers at the Ipswich Museum disregard the value of the site and instead want him to focus on a Roman villa.

What Basil uncovers is older than Roman and even Viking remains – it’s Anglo-Saxon, prompting the men from the museum to take control of the site and eventually claim the credit for the find. Basil’s crucial contribution would only be revealed decades later when his name went on display alongside Edith’s at the British Museum.

The film explores the balance of power and how in many instances education is prized above experience, money above character. Fiennes’ portrayal of a humble countryman is moving and endearing.

The Dig also looks at time and our place in it as humans – a poignant theme in light of Edith’s terminal illness and the fact that she’s leaving a young son behind who’s already lost his father. The sweeping shots of the English countryside deserve a mention as they’re not only beautiful but also contribute to the feeling of inconsequence in the greater scheme of things which we humans often experience.

Nominated for five Baftas, The Dig is a slow meditation on the value of things and lives in the context of the vastness of time and it’s worth every minute of the nearly two hours’ running time. 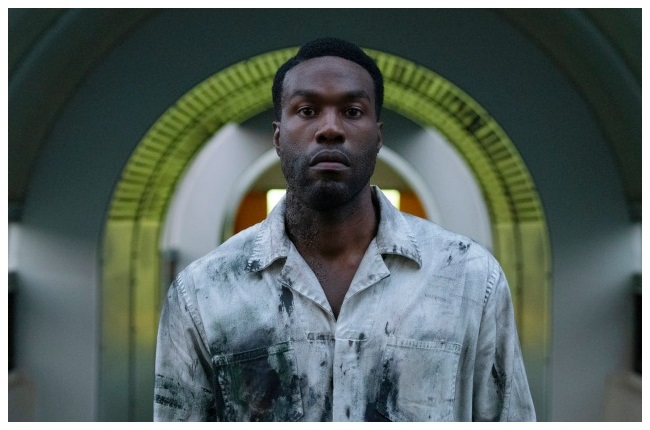 Horror. Like the new Halloween movies, this sequel to the 1992 cult classic ignores the weaker sequels that were released in between and directly follows the story of the original film.

Anthony McCoy (Watchmen’s Yahya Abdul-Mateen II) is an artist who moves into a luxurious flat with his girlfriend and art curator Brianna (Teyonah Parris). The apartment is part of the newly gentrified Cabrini-Green, a formerly impoverished housing project in Chicago, the setting of the first film.

Anthony hasn’t created new art in a few years and when he hears about the urban legend of the Candyman that’s connected to Cabrini-Green, it gives him renewed energy to paint a series of pictures inspired by the story.  According to the legend, Candyman is an evil spirit that kills anyone who says his name into a mirror five times. A few visitors to the gallery unwisely decide to perform the ritual in front of Anthony’s artwork, opening the door for the monster to return.

This sequel is as violent, upsetting and frightening as the original film, but whereas that movie focused on scaring you and only contained the subtext of racism and racial injustice, the new Candyman is often heavy-handed in trying to make its point.

Shadow puppetry is cleverly used to tell the backstory of the Candyman but giving the monster relatable motivations makes him less scary. And like Antebellum (2020), which exploited the horrors of slavery for entertainment, the references to real-life racially motivated murders leave a bad taste in the mouth.

We live in a world where facts and fiction get blurred
In times of uncertainty you need journalism you can trust. For 14 free days, you can have access to a world of in-depth analyses, investigative journalism, top opinions and a range of features. Journalism strengthens democracy. Invest in the future today. Thereafter you will be billed R75 per month. You can cancel anytime and if you cancel within 14 days you won't be billed.
Subscribe to News24
Next on You
Lily Collins finds herself in a love triangle in season 2 of Emily in Paris