Young YOU: Check out 5 facts about Jacob Zuma’s court appearance, word of the week and more When former South African president Jacob Zuma last appeared in court in late June on charges including corruption, fraud and money laundering, the proceedings lasted only an hour.

Judge Kate Pillay postponed the case until September. The postponement happened because the legal teams need time to get all the documents in order.

Check out the cool video below for five interesting facts about Jacob Zuma’s court appearance, word of the week and more news for Young YOU! 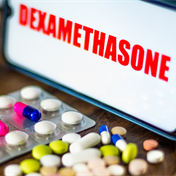