Cindy Pivacic was infected with HIV after she started a relationship with a younger man but she has faced her troubles with a positive attitude. (PHOTO: Supplied)

Cindy Pivacic’s life was turned upside down after a relationship with a younger man left her infected with HIV.

The 63-year-old, who is originally from Namibia, shares her story.

“I was 46 and I’d been divorced twice. I had a son and a daughter and I met John* through a mutual friend in KwaZulu-Natal in 2004.

He was 14 years my junior and I wasn’t interested in a relationship. Still, he was persistent and I gave in to him, not knowing his HIV status. I later found out he had been aware he was HIV-positive. 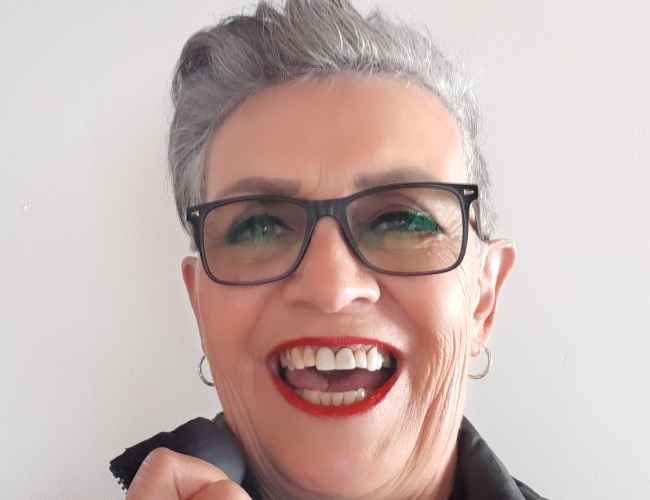 Cindy has faced many obstacles and yet continues to have a positive mindset. (PHOTO: Supplied)

After we had been dating for a few months, he started experiencing stomach cramps, and I took him to the doctor a couple of times.

He was eventually hospitalised with a perforated bowel. He and it was then that he supposedly decided to have an HIV test, which came back positive.

Obviously I needed to be tested too, and a week later I learnt I was positive too.

Fortunately, I have a very resilient nature. I decided that no matter how angry, upset or whatever I’m feeling, it was not going to change the situation that I was in.

When I was diagnosed in 2004, HIV was still like a death sentence and in those days there was so much stigma surrounding it. I chose to hide my status.

John and I continued dating for about two years, until he started drinking heavily and I ended the relationship. He began dating other women.

In 2012 I was on Carte Blanche, along with a group of other women who had also been infected by John. By then I had learnt that he had known his status all along.

One of his ex-girlfriends, who's HIV-negative, had one of her friends contact me to say he knew his status a few years prior to infecting me. She enjoys doing adventurous things such as skydiving. (PHOTO: Supplied)

At that point I had been dealing with HIV in secret for eight years. In that time I had two strokes, I had to deal with TB meningitis, pneumonia and shingles. When I was diagnosed with cancer in 2008, it was almost a relief that I could lie about my HIV status and tell people, ‘This is why I’ve lost so much weight’. I also had double-bypass surgery after a heart attack in 2018.

In 2010 I found The Open Door Crisis Care Centre in Pinetown near Durban. I learnt about HIV and I did a counselling course. I shared my story in front of 250 women after a friend had encouraged me to do it. I had never spoken about it openly before.

I spoke for seven minutes but it felt longer. What a relief it was when I eventually did it.

Since then, I have written two books. The Deadly Seducer, which I self-published in 2012, is about my relationship with John. I have become an activist and I now share my status with everyone. I thought I would never see my children marry or start their own families, but I did, and I even have a grandchild.

Having a positive attitude, knowing when to ask for help, and being spontaneous has gotten me through my struggles.”