Addict turns his life around – now he sells hope at robots In freezing cold and boiling heat you’d find him at the robots armed with his sign, begging for money.

Just 26 years old, his drug addiction had landed him on the streets. He slept under bridges or on pavements at night.

He was a real scoundrel, says Francesco Rizzuto (27) from Johannesburg about himself. He’d mug and steal to survive. Some nights he feared the cold would kill him.

A year ago he wouldn’t have taken responsibility for his situation, he says. He was angry – at the world, his difficult childhood, everyone who’d turned their backs on him over the years.

But no longer. This week, Francesco returned to “his” robots on the corner of Rabie and Republic streets in Fontainebleau, Randburg, again with a hand-written sign. But this time his message was one of hope: “27 today – and off the streets. Jesus lives! Can I get an amen?”

He’s picked himself up, got over his anger and now wants to inspire others with his story, he says.

“How does this happen? How does someone end up homeless?” Francesco rhetorically asks when YOU phones him.

“By your own hand. By being angry at everyone except yourself.”

He was 15 when his father, Francesco Snr, died aged 64 after developing a blood clot in the heat.

Francesco says his dad’s death was the first of a series of traumatic events in his teens – events that drove him to booze and drugs.

“After my dad’s death my mom remarried. But my relationship with my stepdad was very complex. He told me straight up, ‘I already have my own children, I’m not going to be your dad too’,” he says.

“I fell in with the wrong crowd. At first it was just booze but it wasn’t long before I started experimenting with heroin and cocaine. At first I used it to relax but it soon became a crutch – an escape from my circumstances at home.”

By age 20 he’d been in rehab at least three times. Each time, he’d fall back into his old ways. Then came the next tragedy. His mom, whom he doesn’t want to name, died of cancer.

“That’s when things between me and my stepdad really went sideways. We couldn’t stand each other. He didn’t want to be my father, he didn’t support me in anything.

But before long he found himself out on the street. “I was everywhere in Joburg – in Boksburg, Soweto, Eastgate, in the north . . . By day I’d do drugs, sometimes stealing it from dealers. I even got involved in gangs.

“At night I hunted for a place that looked sort of safe and then slept outside.”

Then, last year, he bumped into a friend who’d been in rehab with him. And that’s where the turnaround started.

“He helped me get back on my feet. I ended up spending 11 months in a clinic. For the first time in my life I confronted all my emotions and accepted all my faults. I needed to realise my future was in my hands.”

During his rehabilitation he contacted relatives on his late mother’s side. His girlfriend, Zandri Sawma, helped him to find a place to stay and a job.

“Through good friends, family, the love of my life and Jesus my world has changed radically in the past year and a half,” Francesco posted on Facebook to mark his birthday. 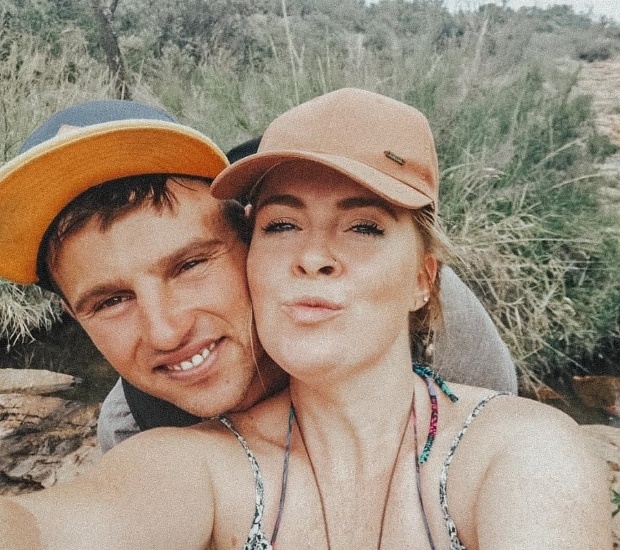 He and Zandri, a graphic designer, got involved four months ago. He never imagined he could be this happy, he says.

“A year and a half ago I was a junkie. I didn’t even know if I’d live to see the next day. But God saved me.

“I have wonderful people in my life. I’ve met the love of my life and now I want to show other people what can be done if you believe in yourself.”

We live in a world where facts and fiction get blurred
In times of uncertainty you need journalism you can trust. For only R75 per month, you have access to a world of in-depth analyses, investigative journalism, top opinions and a range of features. Journalism strengthens democracy. Invest in the future today.
Subscribe to News24
Related Links
Homeless death: DA stands by negligence claim
No funding for shelters for Johannesburg's homeless
Suspect accused of stabbing homeless man in Pretoria drops bail application
Next on You
‘She was stuck to the car seat’: husband abandons disabled wife in his bakkie for five days