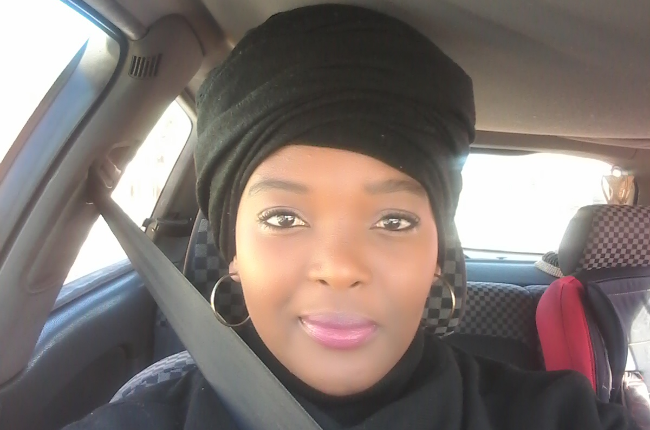 Maria Silo from Germiston, Gauteng, spoke to YOU about being rejected by her father after searching for him for many years.

The 25-year-old also details her experience of being verbally abused by her mother and how this encouraged her to seek out her dad.

While Maria was fortunate enough to reconnect with him it was a short-lived reunion and after a few months, he told her to stay away.

“For years I’ve been living in the shame of rejection by my father and terrible verbal abuse from my mother. I’m my mother’s youngest child, and growing up I always stood out from my brother but not in a good way.

I think of myself as ‘the ugly duckling’. I was raised by my mother and grandmother, and as a child I was always the outcast compared to my more social brother.

Growing up, my mom used to make nasty remarks about me in a joking manner. Although I was too young to understand it, I always felt like I didn’t belong.

I was eight years old when I started to wonder if my father would like to reconnect with me. By the time I turned 10, I was diagnosed with depression and battled suicidal thoughts. I made two attempts to kill myself, but nobody knew.

I was young and didn’t know who to talk to about it, because the adults never took it seriously that I was being affected both mentally and emotionally by my father’s absence and mother’s verbal abuse.

Sometimes I’d be brave enough to ask my grandmother about my father’s whereabouts but for years I never got any answers.

When I was 16, I started searching for my father in earnest. I wrote to the SABC1 show Khumbul’ekhaya, which helps people connect with their loved ones, and searched for any leads on Facebook, but had no luck.

The abuse continued in my home, and by now the only way I could soothe myself was by cutting myself. In 2013 and 2014, my mother’s verbal abuse became unbearable and I decided to move out because every other night I had to fight myself into the next day.

The suicidal thoughts were magnified and I only had the church I was attending as a coping mechanism.

In 2015 my mother died and the void and need for affection I felt were greater than ever before. I had an extraordinary hunger for acceptance and developed high achievement syndrome.

I live with the constant obsession of achieving greater things than my brother because in my mind this would’ve made my mom prouder of me. I still seek validation from her even though she’s been gone for five years.

It’s kind of what happens when you spend your life being told by your mother that you should have been aborted or given up for adoption, or that ‘your father did himself a favour by abandoning you’. My entire life I felt like my mother was doing me a favour by keeping me and I have to prove I was worth it.

Finally after years of searching, in February 2018, my grandmother did right by me and led me to my paternal family. I was 22 when I felt my father’s embrace for the first time and it was amazing. For a moment I had hope that I’d heal.

I could wake up to a phone call from, well, “Dad”. For the first time in my life, I was happy and felt that I mattered. I also met my half-brother and we grew close. We had a great meeting during which I introduced my husband and daughter to him.

I had no desire to claim any inheritance or child support – I just wanted affection. Besides, I was doing well for myself and had a family of my own already, so I was never prepared for all of it to be snatched away from me so soon after I spent my entire life wanting this so badly.

Out of respect for my father’s wife and her home, I didn’t want to cause any trouble and discomfort for her. I didn’t want to appear as a threat to her family, so I arranged with my father to meet for lunch at a mall once a month or so. That way, nobody needed to step on anyone’s toes. My father agreed to the arrangement and I was looking forward to it.

My life changed again when I received a call from my dad who let me know that our newly formed relationship wasn’t sitting well with his wife and he’d have to cancel all our prospective plans.

I didn’t just turn over a new leaf, I burnt the entire tree down to the root and planted a new one
Maria

I was shattered and in shock – I didn’t respond because I had no words coming out. The following day I took a chance and called him back, and his wife answered the phone. I couldn’t utter a word, and she just said to me that my father wasn’t around and his phone was charging.

I hung up and dialled his alternative number but she picked up again. From that day, I assumed she took his cellphones away because whenever I called she answered both numbers, asked me what I wanted and said he wasn’t available.

I no longer received calls from him, although my half-brother still connected with me on WhatsApp. I was heartbroken, but I knew it was time to accept the situation and move on. I last spoke to my father in June 2018 and since then I had to cut all ties with them.

I blocked them from all communication platforms and even moved to a new place. It wasn’t easy because my half-brother and I had a great thing going, but having him in my life was a constant reminder of the rejection I experienced twice from our father.

Whenever we were together, he spoke about our father with such happiness, and I admit it was hurtful and I was envious because I knew I’d never know that kind of love from a parent. It’s sad that he had to be the casualty of war but however selfish it might seem, I was protecting my already fragile mental health.

I didn’t just turn over a new leaf, I burnt the entire tree down to the root and planted a new one. Years of pain and rejection makes you do that without overthinking it. I believe it becomes a coping mechanism of rather pushing everyone away first before they push you away. Maria when she was younger (Photo: Supplied/Maria Silo)

I’ve seen so many therapists and have been on and off medication, but I still can’t heal. I’ve been told that forgiveness is the key to my healing, but somehow even after forgiving, I feel temporary relief until something so tiny triggers me and it feels like I’m reliving all my traumas over and over again.

I have so much anger in me I feel afraid of what I might do to myself. My husband is supportive and attentive, but I understand that whenever I have my mental breakdowns, which is quite often, he doesn’t know what to do. I pray every night to God to help me keep it together, not for myself, but for my daughter and soon-to-be-born little one.

So I suppose the question would be, ‘Would you advise someone with an estranged parent to seek them out?’ My answer is a definite NO! ‘Why?’ you may ask. Well, there’s a saying, ‘Better the devil you know.’

In my opinion I think rejection as a child hurts, but rejection as an adult really destroys you. You never know whether you’re opening a can of worms or not. There’s always that big scary ‘what if?’ It shouldn’t be a child’s responsibility to seek out a parent, especially if the parent knew about the child’s existence in the first place.

If you’re already an adult and the person hasn’t come forward looking for you yet, I believe that’s a message all on its own. At the end of the day it really is a gamble and sometimes the odds just so happen not to be in your favour.”

Related Links
My Story: Young scientist reveals her tale of returning from an expedition on an isolated island...
MY STORY: My experience in state quarantine
My Story: How I’m using gym to change a community
Share
Next on You
Woman shares the realities of being a deputy parent: ‘All this just feels like a never-ending long weekend visit’