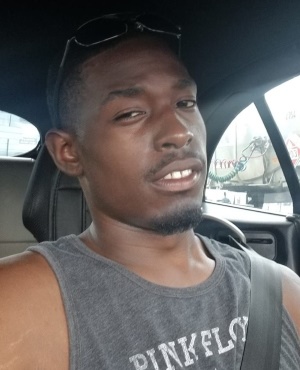 A Texan father stepped in to help the boy who’d been bullying his son after discovering the 11-year-old was living on the streets.

When Aubrey Fontenot found out about his son, Jordan (8), being bullied at school by a fellow learner named Tamarion, he was livid and decided to pay the principal a visit, Houston Chronicle reports.

“My son gets daily progress reports and it seemed like the two always had issues,” Aubrey said. “The bullying thing was ongoing.

“I asked my son about it and he told me the boy was messing with him and was too rough.”

After speaking to the principle, Aubrey – a local tattoo artist – found out the boy was actually in need of help.

“They insinuated he was homeless. I was like, ‘Oh okay, I didn’t realise that, wow, that makes a lot of sense.”

There was another incident a week after Aubrey’s visit to the school when Tamarion took Jordon’s phone. This time the concerned dad decided to speak to the boy himself, with the permission of his mother, People reports.

Tamarion admitted to Aubrey that he was jealous of Jordan because he had clean clothes.

“He said he was getting made fun of by the other kids,” Aubrey said. “They said his shoes were cheap and his clothes were dirty.”

On 16 October – the day Tamarion was put on suspension because of the phone incident – Aubrey decided to take his son’s bully shopping.

“I took him shopping and bought him some clothes,” he said

“I talked to him about morals and principles and having self-respect. He’s not much of a talker, but I got him to open up.”

According to Audrey, Jordan and his former bully are now as close as brothers, ABC News reports.

We live in a world where facts and fiction get blurred
In times of uncertainty you need journalism you can trust. For only R75 per month, you have access to a world of in-depth analyses, investigative journalism, top opinions and a range of features. Journalism strengthens democracy. Invest in the future today.
Subscribe to News24
Related Links
Crimea gunman was 'bullied' - ex to Russian media
Girl who was hung from a tree by school bullies speaks out: 'I thought I was going to die.'
Australian government faces bullying, intimidation claims
Next on You
WATCH: How students helped save UCT residences from the Table Mountain fire