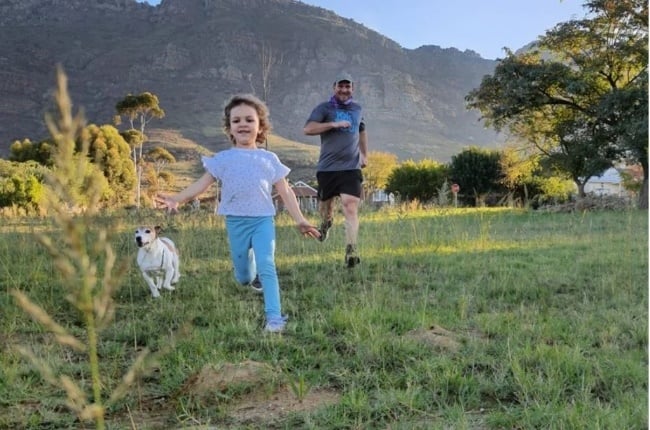 It came as a huge shock when she was told her newborn baby’s hips hadn’t properly developed. But now, nearly five years later, her little girl is the embodiment of good health.

When Ansolei Kenny (4) was just a week old, she was diagnosed with developmental dysplasia of the hip (DDH). Her parents, Marilee (32) and Andrew Kenny (39) from Riebeeck West in the Western Cape, were told she’d have to wear a special harness for the first four-and-a-half months of her life.

The intervention worked and now Marilee wants to give hope to other moms whose kids have been diagnosed with DDH.

“Ansolei loves playing outside,” Marilee says proudly. “She’s crazy about a trampoline, she rides a bike without training wheels and she outruns some of the older boys.”

DDH is a condition whereby the hip sockets of a baby or young child isn’t properly formed. The ball of the joint can easily dislocate from the socket. The harness is a way of correcting the condition without surgery.

It’s not known for sure what causes DDH but the condition can be inherited and is sometimes present in fetuses that are positioned in the womb with their tailbone at the bottom.

Marilee says it was hard not to be able to hold her newborn or bathe or breastfeed her the way she wanted to because Ansolei had to wear the harness at all times.

“It was hard and traumatic,” she recalls. Minutes after Ansolei Kenny was fitted with her brace. (Photo: Supplied)

So Marilee started making plans to overcome the things that bothered her. For example, she made covers for the harness so that it didn’t get dirty and there was a soft texture between it and her baby’s skin. She also made special baby clothes that fit over the harness.

“It’s especially hard with girls because you so badly want to dress them up prettily,” Marilee says.

The first time doctors noticed something was amiss, was when a scan showed Ansolei lying in the womb with her feet downward. She was taken for a sonar scan shortly after birth, which is when they discovered she has DDH.

Four-and-a-half months later, another sonar showed the harness had done its job. And when she turned two, an X-ray showed her hips had developed normally.

“The doctor told me, ‘I’m discharging her for the rest of her life’,” Marilee recalls. “If you were to look at an X-ray of her hips now, you wouldn’t know she’d ever had the condition.”

Part of Marilee’s coping mechanism was creating a support group, DDH Support South Africa, on Facebook. It serves as a community where parents can exchange information and support one another. 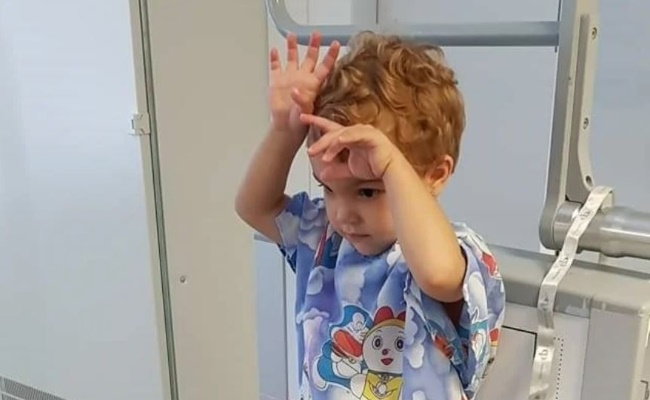 Even though Ansolei doesn’t have DDH anymore, Marilee is still passionate about helping others with DDH, even going so far as to do home visits to help with harnesses or give advice.

She’s also creating awareness about things mothers might be doing that could be causing DDH in children who weren’t born with the condition. “Some baby carriers aren’t hip-friendly, and it’s also better to lift your baby’s back when you’re changing a nappy, rather than lifting the feet.”

She says signs of DDH to watch out for is if you hear a clicking sound under your baby’s bum, or if the horizontal folds of the bum aren’t symmetrical.

There’s great excitement in the Kenny household – in December, Ansolei is getting a sibling. Marilee isn’t worried that the next baby might also be born with DDH because she now knows exactly how to deal with it. “I’m ready for it,” she says.

We live in a world where facts and fiction get blurred
In times of uncertainty you need journalism you can trust. For only R75 per month, you have access to a world of in-depth analyses, investigative journalism, top opinions and a range of features. Journalism strengthens democracy. Invest in the future today.
Subscribe to News24
Related Links
Baby born with two mouths and two sets of teeth as a result of rare condition
‘My birthmarks are beautiful’ - woman with rare skin condition
Local woman whose breasts wouldn’t stop growing has life-changing surgery: ‘I can finally hug my...
Next on You
Meet the Eastern Cape farmer who herds sheep in a wheelchair

Read more on:
medicalhealthparenting
LATEST YOU