Going to a salon, for a run or having a backyard braai? What’s the risk of getting Covid-19? How risky is it to eat in a restaurant? Spend a day at the beach? Hug a friend, play a round of golf or visit an elderly relative?

And is heading out for the weekly grocery shopping more or less risky than enjoying a backyard braai at a friend’s house?

If you’re looking for answers to these questions, the Texas Medical Association (TMA) recently released a guide that might help as we continue to adjust to life during the coronavirus pandemic – especially as cases in South Africa continue to soar.

As a nation we’ve now surpassed both Germany and France for the total number of infections, and we have the 14th highest number of Covid-19 infections globally.

What’s worse, according to a Twitter post shared by Ridhwaan Suliman, senior researcher at the Council for Scientific and Industrial Research (CSIR), is that the country’s “doubling rate” is currently higher than all countries ahead of it in terms of infection numbers.

The doubling rate of an infectious disease is referred to as the time taken for the total number of cases to double.

So, before you head out of the house to get your hair cut or spend an hour with your kids at a playground, it might be best to consult the TMA’s Know Your Risk chart. According to the chart, opening the mail is the least risky behaviour and going to a bar is the activity with the highest risk.

Other high-risk activities include attending a large religious service, working out at a gym, eating at a buffet and attending a concert.

Activities on the lower risk side of the chart include playing tennis, filling up at the petrol station and going camping. 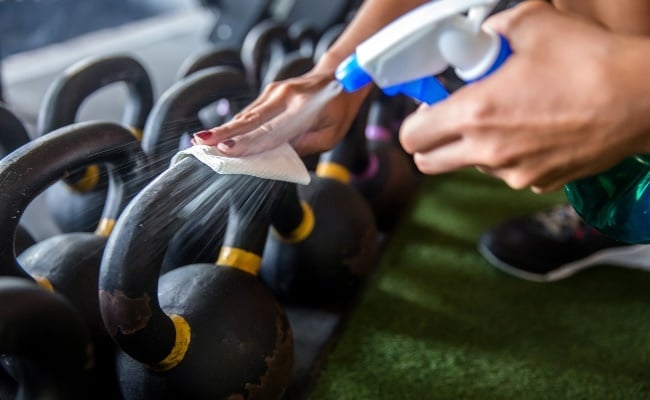 Eating at a restaurant outside and waiting at the doctor’s office was rated low to moderate risk, while having dinner at a friend’s house or going to a shopping mall was rated moderate risk.

Dr Dianna Fite, the president of the TMA, said experts involved in ranking the activities were told to keep in mind the risk of virus exposure involved with each activity. According to the association’s website, the risk chart was created under the assumption that those participating in the activities are taking “as many safety precautions as they can” – including wearing masks, hand-sanitizing and keeping physical distance.

But the scores themselves don’t necessarily hold mathematical value, US-based news network Wusa9 reports. The chart doesn’t explain how much riskier a 7 is than a 6, just that the doctors surveyed generally believe that a 7 is riskier than a 6.

Related Links
Covid-19: 5 Celebs connect with fans and share tips in isolation
Impact of Covid-19 on local business: ‘It’s heartbreaking, everyone is struggling’
How 100 days of coronavirus lockdown changed South Africa
Share
Next on You
Friends of murdered cancer patient: ‘I pray she didn’t suffer’ Read more on:
coronaviruscovilockdown
LATEST YOU