How a syndicate walked away with diamonds worth R91m Details of a 2016 diamond heist in London have come to light in a British court – and it’s the stuff of movies.

The New Bond Street jewellers Boodles in London was robbed of gems worth £4.2 million (around R91m) by a group of six people posing as Russian businessmen interested in making a purchase, The Telegraph reported.

A Frenchman by the name of Mickael Jovanovic (27) is known to have been part of the syndicate that pulled off the multi-million dollar heist.

It all started back on 2 March 2016 when the thieves invited the chairman of the jewellery store, Nicholas Wainwright, to a meeting in Monaco to discuss a diamond purchase.

The thieves arranged to buy at least seven diamonds and Wainwright agreed to let the buyers have their own gemmologist, known only as Anna, examine the jewels in London.

Anna arrived at Boodles on 10 March and was taken to the jewellery’s basement to view the jewels, accompanied by Wainwright. At one point, Wainwright was called from the room. This was when Anna would’ve had the opportunity to swap the diamonds with a bag of worthless pebbles, according to The Times.

Anna then calmly walked out the front door of the shop with the diamonds in her handbag.

Staff became suspicious and upon opening the bag of “diamonds” Anna had left behind, discovered it contained nothing pub pebbles.

While most of the team managed to flee to France, Mickael was arrested in 2016 and another one of the syndicate’s members, Christophe Stankovic, was arrested in January this year, Evening Standard reports.

Four years later, the other members of the syndicate remain at large.

“This was a well organised theft which evolved over a number of weeks both in London and on the [European] continent,” says Detective Constable William Man, of London police’s Flying Squad.

“Like the plot of a film, this was a truly audacious crime. They stole the diamonds and fled in a matter of hours.

“However, they left behind a trail of evidence which led us to where they were staying.”

CCTV footage of the two men’s movements played a key role in the arrests, Man says. 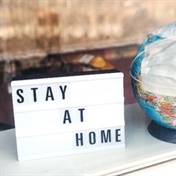