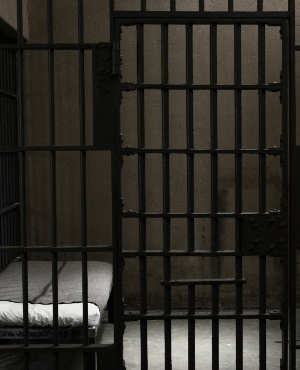 A 44-year-old man from Edenvale, east of Johannesburg, his 43-year-old wife and her 62-year-old mother were all arrested in separate incidents on the same day.

Police attempted to arrest the man after he was pulled over in a roadblock and tested positive for driving under the influence on Friday 10 August. When the man apparently refused to cooperate with police officers on duty, they called his wife.

“The police asked the wife of the intoxicated man to come to the police station because they were struggling to get the relevant information from him,” Sergeant Sharon Tsotsotso, with the Sebenza police station, confirmed to YOU.

After the man’s wife had left the police station to go home, officers discovered she’d stolen police stamps. The man had been locked up for the night.

Officers went to the couple’s home in Edenvale where the man’s mother-in-law initially refused to open the door.

“Police had to use mild force to enter the property, where they found the wife and the police stamps she’d taken from the police station.

“The mother-in-law was arrested because she’d refused the police entry and her daughter was arrested for theft. Both were taken to the Sebenza police station where the husband was being held,” Sergeant Tsotsotso said.

“They were held for the rest of the weekend and let out on bail on the Monday morning.”

We live in a world where facts and fiction get blurred
In times of uncertainty you need journalism you can trust. For 14 free days, you can have access to a world of in-depth analyses, investigative journalism, top opinions and a range of features. Journalism strengthens democracy. Invest in the future today. Thereafter you will be billed R75 per month. You can cancel anytime and if you cancel within 14 days you won't be billed.
Subscribe to News24
Next on You
Teachers adopt little boy who's had multiple amputations: 'It's been the most incredible journey'