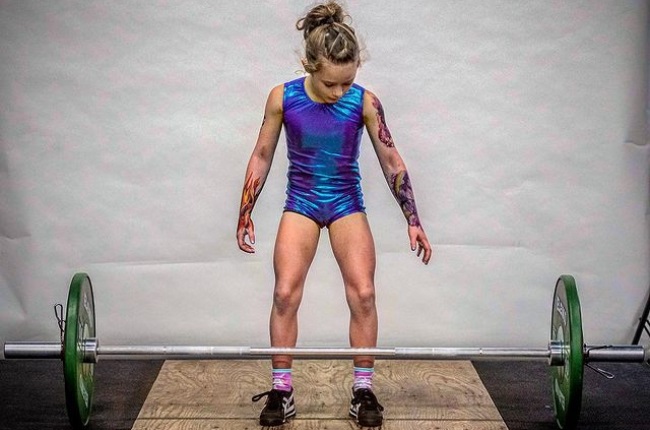 Rory started weight training after her fifth birthday and is dedicated to the sport. (PHOTO: INSTAGRAM/ @RORYVANULFT)

For most grown adults, lifting a 10kg dumbbell at the gym is enough to make you break out in a sweat.

But for seven-year-old Rory van Ulft, that would be considered child’s play.

The little girl from Ottawa, Canada, has been dubbed the world’s “strongest girl” after she went viral for deadlifting 80kg – more than twice her bodyweight – during her weightlifting training.

Not only that, Rory’s jaw-dropping lifting skills include being able to snatch 32kg (when you lift the barbell overhead from the ground in one continuous motion), clean and jerk 42kg (where you lift the bar first to your chest then above your head) and squat 61kg.

"I like getting stronger. Being stronger lets me do more and get better at everything I try,” she says. “I don't think about anything. I just clear my mind and do it.”

She was recently named the USA weightlifting under-11 and under-13s Youth National Champion, in the 30kg weight class and currently competes in America, as there are no Canadian youth national championships for Olympic-style lifting.

She is also the reigning Ontario Weightlifting Association 17-and-under provincial champion in the 40kg weight class.

Her proud parents, Cavan and Lindsay van Ulft, ensure their little girl’s safety comes first when lifting. "Rory has knowledgeable coaches in both weightlifting and gymnastics. She has both a family doctor and a sports medicine paediatrician looking after her,” Cavan says. "Her safety is everyone's top priority. She progresses in her training for both sports carefully and methodically."

Cavan says his third-grader is hard-working and knowledgeable. “She is very intelligent and is able to really focus and interpret direction. It is one of the factors that makes her coachable at such a young age,” Cavan says.

“In terms of Rory's relative strength compared to all the national champions in the lowest girls' developmental age and weight categories, which vary from country to country, there is currently no one better competing."

Just over a metre tall, the tiny girl who loves wearing fake tattoo sleeves, has one bit of advice for other young girls who are keen to lift, “Don't ever think about the weight. Just think about your form!"