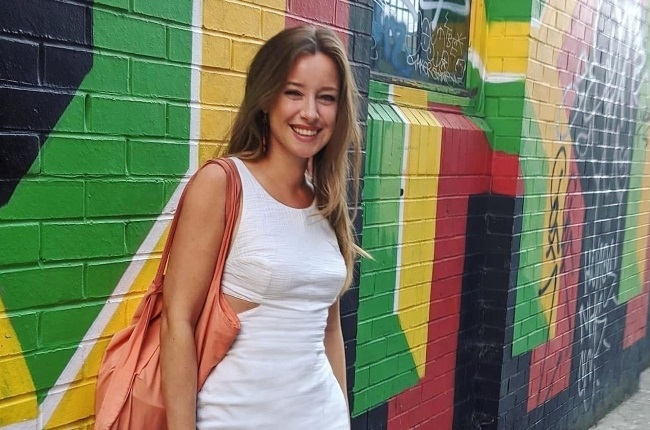 Sometimes boredom is exactly what you need to get your creative juices flowing.

Anna Chojnicka (35) of London discovered the art of bruising bananas and turning them into mini-masterpieces while in quarantine last year and is now garnering attention from all over the world.

Bored and isolated, Anna one day decided to run lines on a banana using a fork and the artistic way in which the fruit bruised gave her ideas.

She started simply, etching a pair of animated eyes, eyebrows a nose and a mouth into the skin of the fruit.

After a few more sketches, she drew a beautiful teapot, with tea pouring out of it into a teacup. From then on, the Banana Bruiser – as she calls herself on Instagram – was sketching artwork after artwork, posting her works daily on social media.

“This is a bizarre symptom of the pandemic: creating banana art,” she says.

“I started doodling on a banana, I'm not sure why. I noticed that when you press into the skin of a banana it goes dark. So I don’t use a pen or a pencil to draw, I just kind of press into it with the end of a comb,” Anna explains. 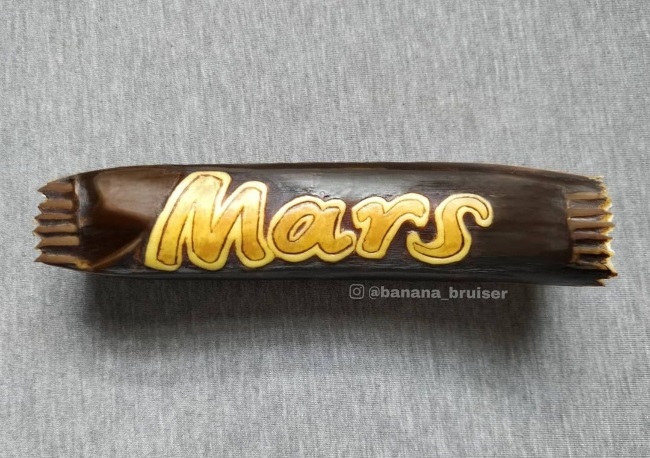 She made a convincing depiction of a Mars chocolate bar. (PHOTO: INSTAGRAM)

She says there’s an optimum stage for the artwork – the riper the banana, the softer it is and the easier it becomes to make a blended line.

“And then for the very detailed parts I have quite a fine point I use to do more intricate designs,” she adds.

It helps her be in the present and is calming and therapeutic, Anna says. This sketch was made to mark the first full day of Ramadan, the holy month observed by Muslims worldwide. (PHOTO: INSTAGRAM)

Anna works in social entrepreneurship, and with the help of her social media followers, she managed to raise almost £1 157 (R23 000) for a charity that provides food to people in need in the UK. In this sketch, Anna mocks the European Super League, which has caused a stir with soccer fans in Europe. (PHOTO: INSTAGRAM)

She’s also hosted a workshop for a charity that supports elderly community members who are often in isolation and suffer from loneliness.

The good news: she eats every single banana once she’s taken a photo of the art, so no food goes to waste. And there we were, simply using bananas to make banana bread.

We live in a world where facts and fiction get blurred
In times of uncertainty you need journalism you can trust. For only R75 per month, you have access to a world of in-depth analyses, investigative journalism, top opinions and a range of features. Journalism strengthens democracy. Invest in the future today.
Subscribe to News24
Next on You
Woman’s nightmare after her nose doubles in size following botched surgery