Could drinking your own urine really be the key to looking and feeling good? This man seems to think so! Harry Matadeen says drinking his own aged urine helped him through depression and is the secret weapon for ageing gracefully. (PHOTO: Facebook/Harry Matadeen)

An apple a day keeps the doctor away, right?

Well according to those who practise urinotherapy, there’s something else that can keep the doctor away: drinking a daily dose of your own pee.

The budding phenomenon entails applying or ingesting urine for medicinal or cosmetic purposes – and those who’ve adopted the lifestyle, like Harry Matadeen, swear by its healing powers.

Harry from the UK began drinking his own pee to treat his mental health problems.

“When I first started I felt this elevation of consciousness and I knew my life would never be the same. It woke up my brain and removed my depression. I felt a new sense of peace, calm and determination. Why have they taught me it’s a waste? It’s not, it’s really cool,” he says.

“The shamans used to rub aged urine all over their bodies in the jungle to protect themselves from negative entities so this is a deep protector from demons in this realm and other realms, I believe,” he adds.

The 34-year-old gulps 200ml of his own urine every day, some of which has been stored for up to a month.

“Fresh urine is never as bad as you imagine – it’s neutral-smelling and not a bad taste. But the aged urine is always smelly and the taste is a refined and acquired one,” he says.

Harry also rubs urine on his face, claiming it helps him look younger.

He’s written several books about the topic and has shared his journey on YouTube, with videos that have amassed more than 25 000 hours of viewership.

Urine is said to have anti-ageing, antibacterial, antiparasitic and antiseptic powers, but concerns have been raised by people in the health industry.

There are no mental or physical benefits to drinking urine, says Dr Vidya Lalloo, an emergency medicine specialist in Pretoria.

“The human body has a very sophisticated elimination process which it uses to get rid of unwanted water, salt, nitrogen, toxins and other waste products. Drinking your own urine would be counterproductive to the body’s elimination system,” she tells YOU.

Drinking urine can be dangerous, she adds.

“Consuming large amounts of unwanted sodium and other salts stimulate your thirst centres. This is the body’s way of trying to get you to drink fresh water to dilute the dangerous salts and eliminate them,” Lalloo says. Harry with his friend, Lucy Dias, and her collection of aged urine. (PHOTO: Facebook/Harry Matadeen)

Drinking more urine instead of water could put you at risk of hypernatremia (too much sodium in the blood) and dehydration, with serious health consequences.

Urine also affects how certain medications work in the body.

“If you are on medication and drinking your own urine, you run the risk of medication overdose, drug interactions and increased toxins, which can result in organ dysfunction such as renal failure as the body fights – and fails – to get rid of these toxins,” Lalloo warns.

“Urine and the genital tract that it comes into contact with as it is eliminated is often a source of infection. Suffice to say, it is not a good idea to be consuming bacteria which your body is trying to eliminate,” she adds.

Even if you were stranded on a desert and had no other options, she says it would still be a bad idea to drink your own urine as it would make you thirstier and dehydrate you further. 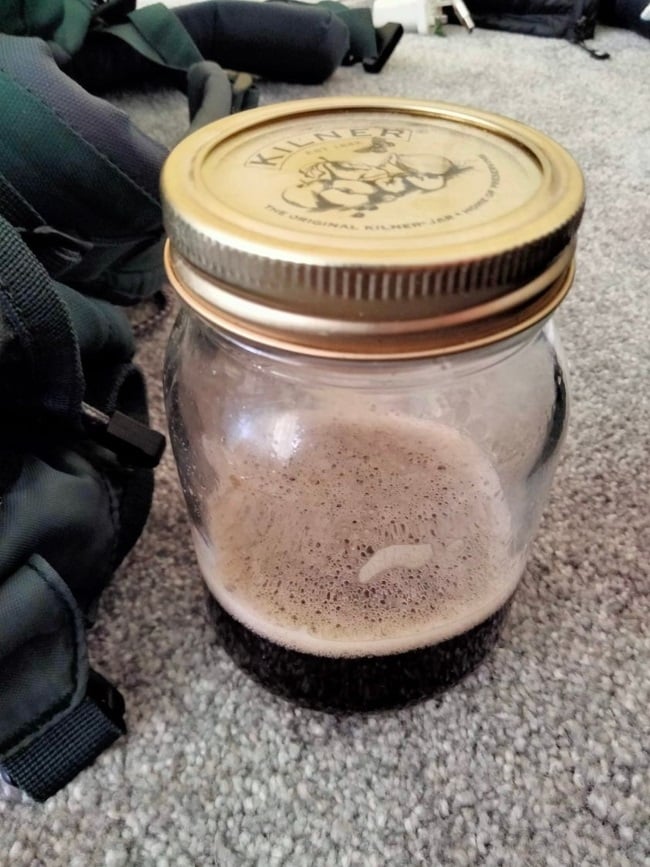 “People drinking their own urine as a lifestyle choice makes no sense and is not encouraged,” Lalloo says.

“There are much safer ways to get whatever you feel is lacking in your body.”