Japanese artist Takaya proudly shows off his recreation of The Last Supper, made entirely with McDonald's wrappers.(PHOTO: Twitter/ @@tky888tky)

At first glance you’d be forgiven for thinking it's just another painting, but this picture of Leonardo da Vinci’s classic The Last Supper is made entirely out of wrapping paper from McDonald's meals.

The unique artwork was created by a Japanese man known only as Takaya, who decided to try out traditional chigiri-e [pronounced chee-gee-ree-eh]. Chigiri-e is an old Japanese art form that involves tearing coloured paper to make images that resemble a watercolour painting. Takaya collected a total of 50 wrappers for his artwork. (PHOTO: Youtube/ Takaya)

Takaya, who'd never used this technique before, is a devoted McDonald's patron and decided to recreate the iconic portrait entirely from the packaging used for the fast-food chain's burgers. 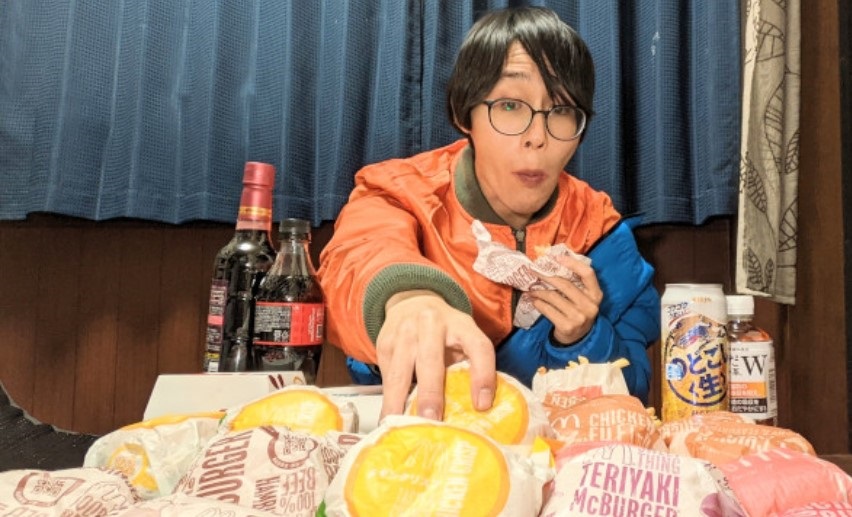 Takaya's contemporary take on the classic has drawn attention from far and wide, and Italian officials have already cleared space for it to hang on one of the walls of the dining room of the former Dominican convent of Santa Maria delle Grazie in Milan, where Leonardo's original painting is displayed.

He says he was inspired to use the packaging when McDonald's prices in Japan increased in March. 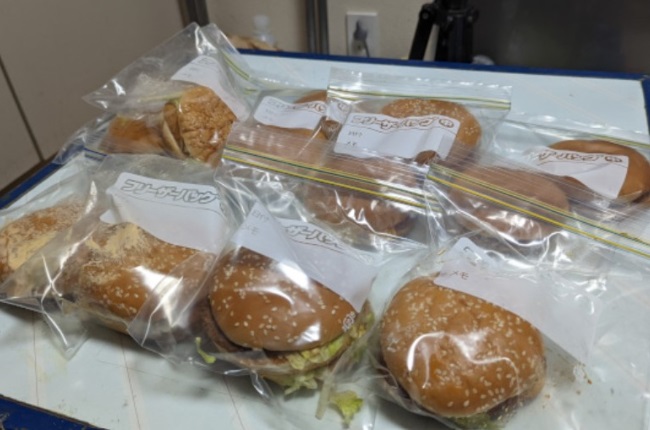 Nothing went to waste: Takaya would simply freeze what he couldn't eat and save it for another time. (PHOTO: Youtube/ Takaya)

“I also had random thoughts floating around my head like, ‘I’m going to have a McDonald’s party all by myself before McDonald’s raises their prices.’

“It was at this point that I became convinced that somehow I would show my gratitude for all the help from McDonald’s that I'd received so far,” says Takaya, who eats at the fast-food restaurant at least four times a week. “Later, I stopped by an exhibition of graduation works at an art university in Tokyo, and while I was looking at the exhibits of the students, I realised, ‘Yes, I'm a painter, too’.”

It took him 10 hours to recreate just one character in the image. He came up with great ways to highlight some of the finer details. (PHOTO: Youtube/ Takaya)

Takaya occasionally ordered more food than he could consume in a single sitting just to obtain a specific colour. He mostly used Maixiang chicken wrappers because the colour is reminiscent of a paler skin tone, making it ideal for use as the skin and hair of the characters in the painting. He used Maixiang chicken wrappers for skin and hair because the colour is similar to a paler skin tone. (PHOTO: Youtube/ Takaya)

Because the back of McDonald's wrappers is made of a thin vinyl film that deters glue, he first had to peel the backs off in a painstaking process.

It took a month of perseverance and patience for Takaya to finally complete his portrait, but it was all worth it because people are certainly lovin' it.

We live in a world where facts and fiction get blurred
In times of uncertainty you need journalism you can trust. For 14 free days, you can have access to a world of in-depth analyses, investigative journalism, top opinions and a range of features. Journalism strengthens democracy. Invest in the future today. Thereafter you will be billed R75 per month. You can cancel anytime and if you cancel within 14 days you won't be billed.
Subscribe to News24
Next on You
Eight-year-old renounces her family fortune for a life of austerity as a nun