‘He loves his tattoos’: ink-obsessed mom on covering her one-year-old son in temporary body art 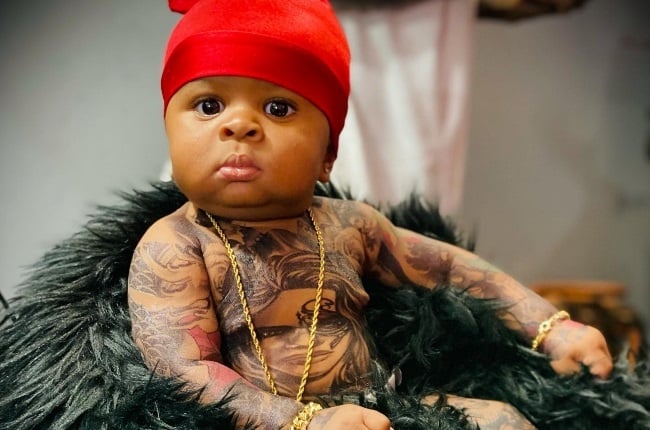 Treylin Armani’s mom has been covering him in temporary tattoos since he was six months old. (PHOTO: Instagram/@nuggetworld561)

She didn’t expect that posting pictures and videos of her one-year-old son covered in fake tattoos would cause such a frenzy.

But that’s exactly what happened to Shameka Morris.

Shameka, a tattoo enthusiast and fashion designer from Florida in the US, says she started covering her son, Treylin, with body art when he was just was six months old.

She says Trey, as she calls him, loves the temporary tattoos, but they’re not everyone’s cup of tea.

Shameka (29) says she’s been labelled a bad mom by social media users. “I get a lot of backlash because people are not used to seeing a baby with tattoos. They say I’m raising my son as a ‘gangster’ and ‘thug’,” she says.

Even her own family had a hard time accepting it at first. “When I first started tattooing Treylin, my family hated it because they don’t like that I have tattoos.”

Her sister, Dinera, says they’ve since had a change of heart considering how many people are taken with Treylin’s appearance.

“When Shameka came up with the idea, I wasn’t down with it, I was totally against it. I did not want her to do that with him. But since I’ve seen where it could take her and Treylin, I didn’t have no issue with it because it turned out to be a positive thing,” she says.

Shameka says she’s been receiving backlash since before Trey was born.

“When I was eight months pregnant I did a maternity shoot with my brothers at a tattoo shop. And I got bullied on social media. All the comments were negative, people were saying my baby was going to be born with a whole bunch of tattoos, that he’s going to have skin poison. It was crazy,” she adds.

Now the bullying is 10 times worse. “The backlash has been horrible. It hurts my feelings because I know I’m not a bad mom, yet I get called all types of names,” she says.

Trey, she says, was born prematurely and stayed in the neonatal intensive care unit for 16 days, which prevented her from celebrating his first month. Shameka Morris has been getting backlash for putting temporary ink on her baby boy. (PHOTO: Instagram/@nuggetworld561)

She then decided to celebrate his monthly milestones with different themes on his Instagram page, which now boasts more than 40 000 followers. When Trey turned six months old she covered him in fake tattoos for a photoshoot at her brother’s tattoo shop.

The proud mom says Trey loves his temporary body art. “When he sees himself dressed in the mirror, he be feeling himself, he be dancing. I really think he enjoys it,” she says. 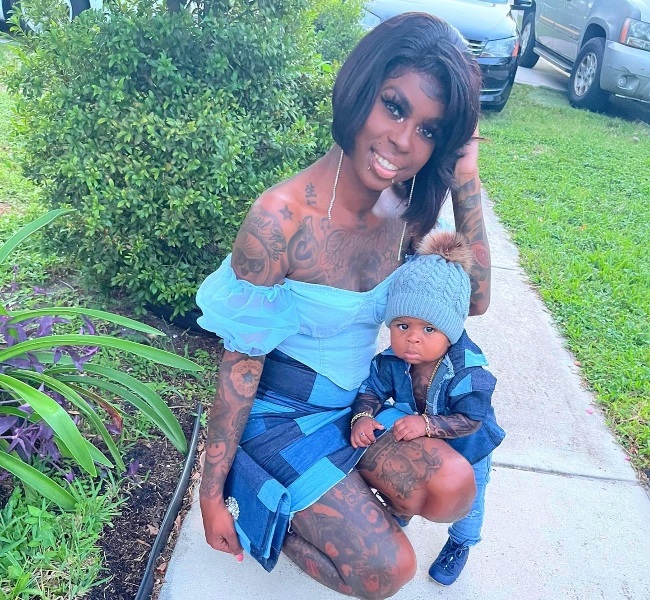 As long as her little one is happy, she plans to continue adorning his body with fake tattoos. “I don’t care how anyone views my parenting skills,” she says.

“The more the world gets upset, the more I am going to keep putting tattoos on him. He loves his temporary tattoos so why not tatt him up?”

We live in a world where facts and fiction get blurred
In times of uncertainty you need journalism you can trust. For 14 free days, you can have access to a world of in-depth analyses, investigative journalism, top opinions and a range of features. Journalism strengthens democracy. Invest in the future today. Thereafter you will be billed R75 per month. You can cancel anytime and if you cancel within 14 days you won't be billed.
Subscribe to News24
Related Links
Split tongue, titanium horns and tattoos galore: the lawyer who transformed herself into 'Vampire...
Why this tattoo artist has covered more than 80% of his body and recently added tusks to his teeth
Canadian tattoo artist transforms mastectomy scars into works of art
Next on You
Their baby girl was born at just 28 weeks – so this couple decided to marry in her neonatal ICU so she could be part of their big day