I’m lovin’ it: Man breaks his own record by eating Big Macs daily for nearly 50 years An apple a day keeps the doctor away. But for Donald Gorske from Wisconsin in the US, two Big Macs a day allows him to break a Guinness World Record.

For almost 50 years Donald (67) has been eating two Big Mac burgers a day. In 1999, Guinness World Records awarded him the title for most Big Mac burgers eaten in a lifetime.

Now he’s broken his own record by consuming more than 32 340 Big Mac burgers.

“I love hamburgers like no other food,” he told Guinness World Records. “After eating a Big Macvery single day, I’m closing in on 50 years of eating them next year.”

“In that moment I said I’m going to probably eat these for the rest of my life,” he recalls. “I threw the cartons in the back of my seat and started counting them from day one.” Donald shows off his Big Mac collection. He does not throw away containers and receipts. (PHOTO: Facebook / Donald Gorske) 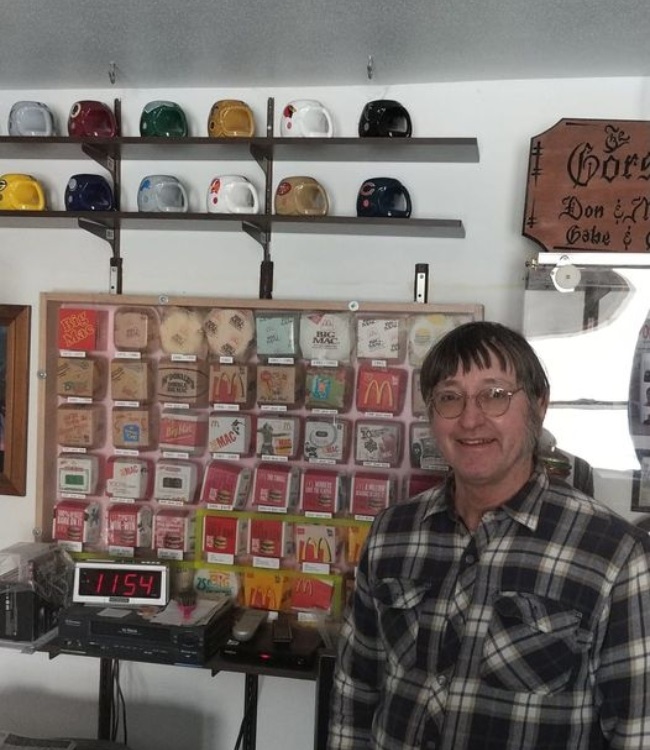 Ever since, he’s managed to keep track of each burger he’s eaten by collecting every receipt and container, which he stores in a box.

Donald, a former prison guard, has been eating two Big Macs a day since 1972. And while most people would get tired of having the same meal day in and day out, he simply can’t get enough of the signature burger. “I love the patties, I love the sauce,” he says.

Since his retirement, the daily trips to his local McDonald’s for a hamburger were becoming too costly. To save petrol, he now buys six burgers on Mondays and eight on Thursdays. To save petrol, Donald buys his favourite meal on Mondays and Thursdays. (PHOTO: Facebook / Donald Gorske)

He keeps them in his fridge and pops them in the microwave when he’s ready to eat them.

In spite of consuming so much fast food, Donald says he’s “healthy as a horse”. To stay in shape, he walks about 10km a day, eats the two burgers as his main meal and skips the chips.

And he has his sights set on continuing to break his record over the years.

We live in a world where facts and fiction get blurred
In times of uncertainty you need journalism you can trust. For only R75 per month, you have access to a world of in-depth analyses, investigative journalism, top opinions and a range of features. Journalism strengthens democracy. Invest in the future today.
Subscribe to News24
Next on You
The sweet sound of music: this man created the world’s first vegan violin using fruit