SEE THE PICS: Model regrets ‘keeping up’ after forking out more than R10 million to look like Kim Kardashian After hundreds of procedures to alter her looks over the years, this woman is finally done trying to keep up with Kim K.

Her decision comes after having operations which included several breast augmentations and butt-lifts, liposuction, cheek and lip fillers and even having ribs removed. 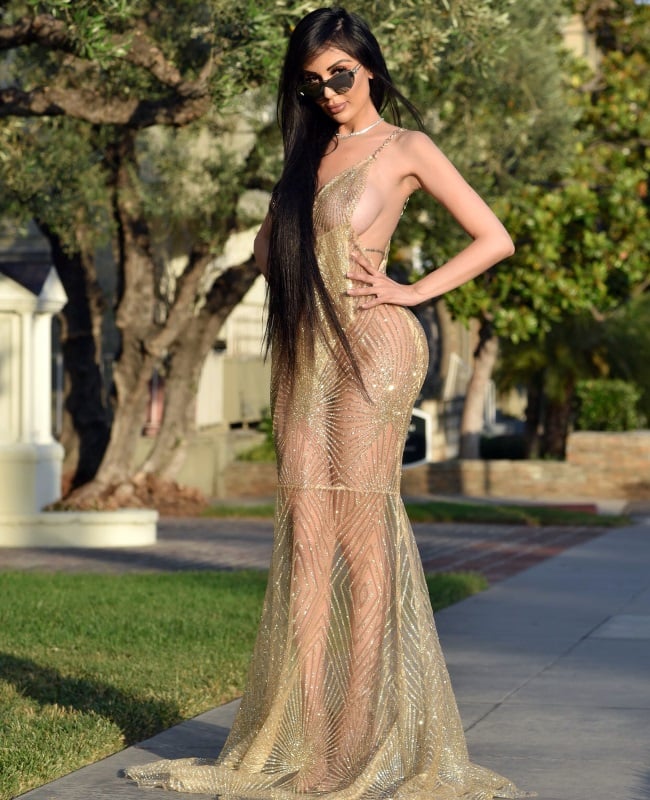 The model claims the money and fame fuelled her surgeries. (PHOTO: Magazinefeatures.co.za)

“People would call me a Kardashian and it started to get annoying,” the Brazilian-born beauty told Caters News. “I had worked and studied and was a businesswoman.

"I had done all these things and had all these achievements in my personal life, but I was only being recognized because I looked like a Kardashian.”

Jennifer, who grew up in São Paulo, Brazil, was just 17 when she convinced her grandmother to give her permission to get her first boob job. That was in 2010 and since then she was hooked on plastic surgery. “I regret having my first surgery. I wasn’t mature enough to understand the implications of going under the knife,” the model said in an interview. Later, she became obsessed with the SKIMS founder’s curves, and thought, “I want to be the next Kim Kardashian”.

"I was going through so many different surgeries to have the signature Kardashian style,” she told The Sun. "I was happy having this Kardashian-style look, it made me money and I enjoyed life. I was happy, but now, I just want to be recognised as who I really am.”

Of all the procedures she’s had in the last decade, her biggest regret is the lip filler. Without regular top-ups, Jennifer says her pout has lost its elasticity. According to reports Jennifer has gone under the knife more than 100 times. (PHOTO: Magazinefeatures.co.za)

“Not even my grandmother has lips as saggy and wrinkly as mine,” she says.

She did, however, gain a massive following of more than one million online fans who've been following her various surgeries.

While the Brazilian beauty is planning to have her original looks restored, she’s not the first to fall victim to the “Kardashian Effect," the unofficial term for Kardashian-inspired surgical procedures which have been on the rise since 2015.

From arched eyebrows and cinched waists to eye-popping derrieres, the Kardashian clan has long had an influence on this century's beauty standards.

Plastic surgeons have said that there’s been a rise in Kardashian-inspired surgeries since women became obsessed with the family’s looks.

“It was only inevitable that each family member would begin selling what people wanted most from them: Kim's contour, Kylie's lips, Khloe's curves, Kourtney's vitamin regimen,” writes beauty publication, Allure.

Now Jennifer, who’s realised she was suffering from body dysmorphia and has grown tired of being Kim’s doppelganger, says she hopes her latest surgeries will show the ugly truth of plastic surgery.

“The best feeling is knowing I’m not in a fight with myself anymore,” Jennifer told Caters.

“I am now who I wanted to be and I really now understand the meaning of life.”

We live in a world where facts and fiction get blurred
In times of uncertainty you need journalism you can trust. For 14 free days, you can have access to a world of in-depth analyses, investigative journalism, top opinions and a range of features. Journalism strengthens democracy. Invest in the future today. Thereafter you will be billed R75 per month. You can cancel anytime and if you cancel within 14 days you won't be billed.
Subscribe to News24
Next on You
Climate change: fascinating sights reappear on a planet in peril