Midas the four-eared feline, has made world headlines with her unique appearance. (PHOTO: REUTERS/Cagla Gurdogan)

If you were to shout, "Here, kitty-kitty", to Midas, you can be pretty sure she'd heed your call. Why? Because this marvellous moggy from Turkey is the proud owner of four ears.

Midas, who was born with two sets or ears and a defective jaw, captured her owner Canis Dosemeci’s heart from the get-go and now he's finding fans on the internet.

Her mother, who was a stray cat, gave birth to Midas and her six siblings in a garden that belonged to a friend of Canis, who took the kitten in.

She was concerned the four-month-old kitten would struggle to find a home due to her unusual appearance.

“We have never thought of buying a cat; we just wanted to rescue a cat from the street, and we wanted to adopt her,” Canis said.

The kitten was named after the mythical king Midas, who was given donkey ears as punishment by the gods, but who also had the power to turn anything he touched into gold. 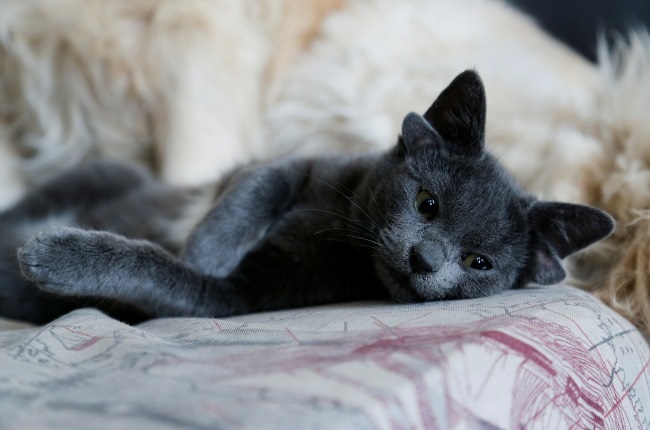 Midas has captured the hearts of cat lovers worldwide and is something of a local celebrity. (PHOTO: REUTERS/Cagla Gurdogan)

In addition to her ears, Midas also has a patch of white hair on her torso that is shaped like a heart.

Since arriving at home, the cat has bonded with her brother and sister, Zeyno and Suzi, a pair of golden retrievers.

“She is a very playful cat, but very friendly as well. She sleeps all day and is awake all night. She loves to sleep on my chest or shoulder. She loves to play with yarns (we have loads of them because of my business), she steals them and hides them somewhere we could never find,” Canis told the Daily Mail.

Her strange appearance has no impact on her health according to her vet, who says Midas has perfect hearing as all her ear flaps connect to her auditory canal.

Since she joined Instagram three weeks ago, Midas has gained more than 100 000 followers who are smitten with the little kitty.

The kitty is popular in real life too, with Canis saying people are surprised by Midas’ appearance and can’t believe what they’re seeing.

“Everyone wants to come to see her, or they want photos. Some people also find her scary, but generally people are sympathetic,” her doting owner told Reuters.

Canis says she hopes Midas’ popularity can persuade people to adopt pets rather than buying them from stores. Owner Canis Dosemeci and her golden retrievers, Zeyno and Suzi, have bonded well with Midas since she joined their little family. (PHOTO: REUTERS/Cagla Gurdogan)