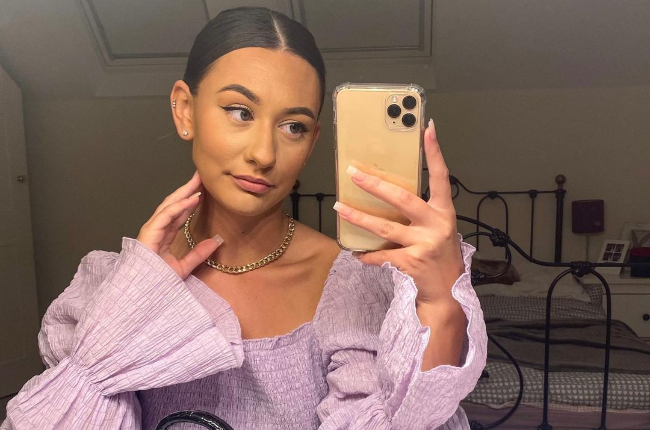 English STudent Lottie Fellows is making money from recording videos of herself whispering and then uploading them on YouTube. (PHOTO: INSTAGRAM/LOTTIE FELLOWS)

Student Lottie Fellows (21) from England is raking in big bucks with her ASMR videos which help people who struggle to fall asleep, to nod off.

ASMR stands for autonomous sensory meridian response and it’s the “tingling” sensation people get in their necks, heads and spines when listening or watching stimulating videos – basically, a pleasurable version of a sensation like pins and needles.

Some people enjoy whispers; while others the sounds of tapping, stirring, water spraying, children’s slime being squeezed or wrapping paper being crumpled.

Lottie, whose videos have racked up more than 245 000 views, says she became aware of ASMR at a young age.

“My earliest memory of experiencing tingles was in primary school listening to a teacher softly read the class a story,” Lottie says.

“The soft-spoken words and the sounds of the pages turning made my head tingle, and I would always feel sleepy.

“I only discovered ASMR online in early 2018 after my mum had heard about it on the radio and suggested it to me after I’d been struggling with mental health and not sleeping.

“I remember looking it up on YouTube and initially thinking it was the weirdest and funniest thing.

“After watching it for a few minutes I then realised that it was a massively relaxing feeling that I had always experienced but didn’t know exactly what it was. I have been hooked ever since.”

The accounting and finance student loved it so much she started her own channel, Unilad reports.

“I was shocked when my channel began to grow, it was very surreal. I would watch my videos and cringe a bit, so knowing others were enjoying it was a surprise.”

The student often roleplays as a medical practitioner or a stylist as she whispers words, and says her videos are frequently misinterpreted as being sexual, to which she responds, “anything can be sexualised”.

“I can understand why slow whispering or the words ‘role play’ can be misinterpreted as being sexual, and there are some female creators who show a bit of cleavage to get more views.

“But it frustrates me, because without giving it a chance people dismiss ASMR as weird or sexual, when it actually helps so many people! In general, there is nothing sexual about ASMR, and when it’s sexualised, it’s totally misrepresented,” she says.

Lottie, who has bought herself a car from her earnings, says she’ll continue making the videos.

“I make ASMR because I do really enjoy it. I love using my creativity to edit videos and interacting with viewers is so lovely. People reach out to me a lot saying how my content helps them, and that motivates me to carry on.

“I feel lucky to get paid for doing something I love and I wouldn’t change it for the world.”

Lottie isn’t the first person to resort to an unusual job to make ends meet.

If you need a temporary BFF, try rentafriend.com, where singletons can hire a pal for $50 (R784) an hour to accompany them to events or outings, reports money people.

Australians James Hookway and his wife, Hayley, started a business called Hangover Helpers, which cleans houses after big parties and provides a slap-up breakfast for the hungover hosts. The couple charges $250 (R3900) for each room they clean.

We live in a world where facts and fiction get blurred
In times of uncertainty you need journalism you can trust. For 14 free days, you can have access to a world of in-depth analyses, investigative journalism, top opinions and a range of features. Journalism strengthens democracy. Invest in the future today. Thereafter you will be billed R75 per month. You can cancel anytime and if you cancel within 14 days you won't be billed.
Subscribe to News24
Related Links
Bread lamps and watermelon bags: inside Gwyneth Paltrow’s weird and wonderful Goop gift guide
Cockroach milk, cow cuddling and ear seeds: the new wellness trends that you have to try
Employers can’t cope with me wearing a diaper, says 'adult baby' who’s struggling to find a job
Next on You
Meet Khaby Lame and Elsa Majimbo , Africa’s TikTokers taking the world by storm

Read more on:
englandmoneyyoutube
LATEST YOU