Two-year-old genius: this toddler has an IQ of 146 and is the youngest member of Mensa 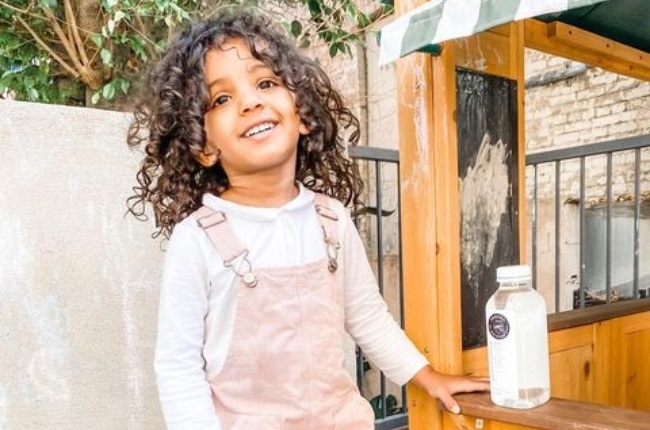 Two-year-old Kashe Quest can name all the elements on the periodic table, is able to count to 100 and knows 50 sign language signs. (PHOTO: Instagram)

This remarkable little girl is being compared with uber-brainbox Albert Einstein.

Two-year-old Kashe Quest from California, America, recently became the youngest member of Mensa, the largest and oldest high-IQ society in the world.

The pint-sized whiz kid can name all the elements on the periodic table, can identify and name all 50 American states by shape, is learning Spanish, and, of course, knows almost all the lines to her favourite movie, Frozen. She’s also able to count to 100 and knows 50 sign language signs.

“She has always shown us, more than anything, the propensity to explore her surroundings and to ask the question 'Why',” he told CNN.

“If she doesn't know something, she wants to know what it is and how does it function, and once she learns it, she applies it.”

Devon and his wife, Sukhjit, were made aware of their daughter’s brain power by a paediatrician, who noticed that she was rather alert during her routine 18-month check-up.

“We started to notice her memory was great. She just picked up things really fast and she was really interested in learning.

“At about 17, 18 months, she could recognise the alphabet, numbers, colours and shapes,” Sukhjit says.

After performing some tests, specialists discovered Kashe has an IQ of 146 – the American IQ average is 98.

“I think the biggest take away from us doing it was we wanted to make sure we were giving her everything she also needed, in terms of her development and natural curiosity and her disposition,” says Sukhjit, who has a background in education.

The couple have also now learnt to communicate more effectively with the little one.

“It has taught us patience in how to communicate with her and we are very conscious of the words we use with her and how we explain things.

“It has definitely taught us how to be better communicators with each other and collectively as a family because we all have to be on the same page,” Sukhjit adds.

Devon and Sikhjit still want to ensure their daughter has a regular childhood though.

“She very much is still a normal two-year-old where we have negotiations, we have tantrums, we have everything,” Sukhjit told People magazine.

“We don't force anything on her. We're kind of going at her pace and we want to just make sure she is youthful for as long as she can be.”

We live in a world where facts and fiction get blurred
In times of uncertainty you need journalism you can trust. For only R75 per month, you have access to a world of in-depth analyses, investigative journalism, top opinions and a range of features. Journalism strengthens democracy. Invest in the future today.
Subscribe to News24
Related Links
‘She’s found her voice’: How this Joburg toddler is blossoming despite being born with a rare...
Work it, babies! Meet Mia and Tatiana, the tiny sisters storming the influencer world
Meet Bunny the talking dog that uses buttons to communicate
Next on You
This cat rescue café in Brazil brings joy, calm and hope amid the upheaval of Covid-19