US woman's orgasm during sex with her husband almost kills her 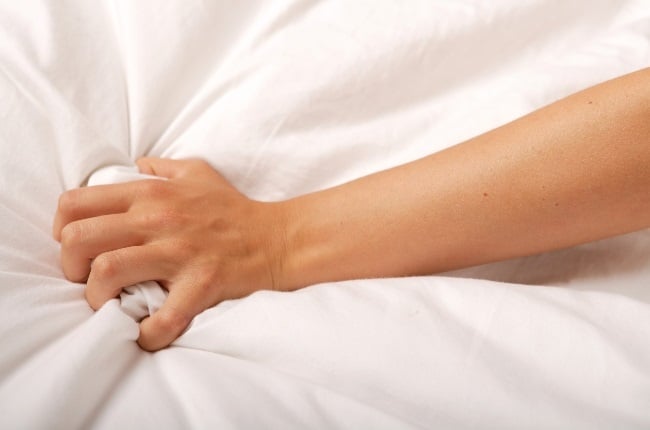 A woman's passionate romp with her husband landed her in hospital for three days. (PHOTO: Getty Images)

A 45-year-old US woman’s passionate session with her husband almost turned fatal.

The woman, whose identity hasn't been revealed, felt a popping sensation and pain near her heart while climaxing with her legs pressed against her chest. She was rushed to hospital.

“The patient described the pain as severe and stabbing, with associated [shortness of breath] and nausea,” a report published in the American Journal of Case Reports states. The unidentified woman felt a pop in her chest and excruciating pain while climaxing. (PHOTO: Getty Images)

It turns out that in a moment of passion, her aorta – the body's largest artery and carries blood from the heart to the rest of the body – developed a tear in the inner artery wall, causing blood to leak and flow between the inner and outer arterial walls.

This was established after scans were taken, and she was diagnosed with acute aortic syndrome (AAS), which occurs as a result of an aorta wall that’s been weakened over time due to high blood pressure.

“[She was sweating excessively] and hypertensive on arrival, with a blood pressure of 220/140mmHg,” the case report explains.

Ideal blood pressure is considered to be between 90/60mmHg and 120/80mmHg.

If the weakened aorta had been left untreated, it could eventually lead to an instantly fatal full tear of the artery, which claims the lives of 40% of people who experience such an incident.

READ MORE | Advice | When sex is just too painful

“AAS has a high mortality rate, which has been described as increasing 1% for every hour a patient is untreated, and up to 22% of cases are undiagnosed at the time of death, indicating a need for prompt recognition and treatment,” the report states.

The patient, who’s from Mississippi, had a history of untreated hypertension and has been smoking between six and seven cigarettes a day for 17 years – both of which are considered baseline risk factors.

She was lucky that she didn’t require surgery, but was put on an IV drip and oral medication to lower her blood pressure. She was discharged after spending three days in hospital.

Other weird and painful sex injuries that sent people to the ER: