Japanese man 'dated' cockroach for a year, said she was hotter than any girl 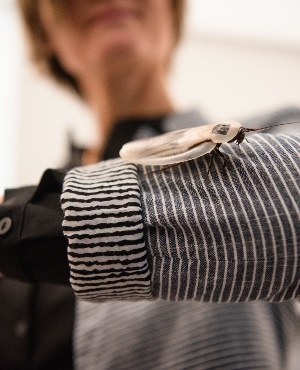 Talk about giving new meaning to the word "sex pest"!

A Japanese man has confessed to "dating" a cockroach for almost a year and says he even obsessed about having sex with it.

Yuma Shinohara (25) called the bug his "first love" and says he was able to communicate with his beloved Lisa, as he lovingly named her.

Yuma is an entomophagist, meaning he advocates and practises eating insects as an alternative to meat, for environmental reasons.

Although the relationship was platonic, Yuma admitted to often fantasising about bedding Lisa – either with himself insect-sized or with her human-sized.

Sadly Lisa died after a year, which left Yuma a little devasted.

"The day she passed away was difficult, but I knew it had to come since she was a cockroach with a short lifespan.”

And, of course, when she died, Yuma – an avid nature advocate – decided to eat her.

"I did it with reverence.

"So now Lisa lives in my heart and continues living as part of my body."

Yuma said that no human girl was as “hot” as Lisa and that they were "100% serious" about each other.

We live in a world where facts and fiction get blurred
In times of uncertainty you need journalism you can trust. For 14 free days, you can have access to a world of in-depth analyses, investigative journalism, top opinions and a range of features. Journalism strengthens democracy. Invest in the future today. Thereafter you will be billed R75 per month. You can cancel anytime and if you cancel within 14 days you won't be billed.
Subscribe to News24
Next on You
Friends and family share shock and sadness following the death of Breyton Paulse's mother

Read more on:
japan
LATEST YOU