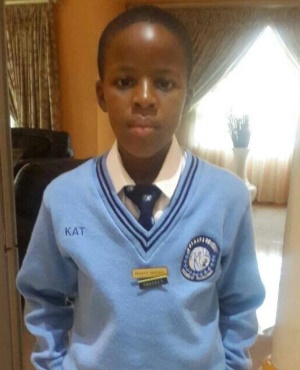 It’s been days since a 13-year-old from Mpumalanga went missing and police are following every lead to catch the kidnappers who are allegedly demanding a ransom in bitcoin.

According to police spokesperson Brigadier Leonard Hlathi the teenage boy, Kathlego Marite, went missing in the afternoon of Sunday, 20 May while playing with two friends in Frangipani Street, Tasbetpark Extension 3, Witbank.

"A gold Toyota Corolla with three occupants stopped next to them. One of the men, dressed in black with a green jacket, grabbed the victim and dragged him to the vehicle before driving off with him," Hlathi says.

Kathlego’s friends ran to his mom and told her about the incident. She then reported it to the police.

Demands, through a letter, have since been made for the family to pay a ransom of "15 bitcoin (R1.5m), not in rands" to secure Kathlego’s release. The note also asked the family not to involve the police.

Hlathi couldn’t give further details because the matter is still under investigation.

According to Hlathi the family is going through trauma.

"They don’t even know what this bitcoin is. They’re devastated and you can see they’re worried and asking themselves, 'where’s our son?'"

Police are urging any person with information that might assist in this investigation to contact Captain Africa Nyathi on 071 352 6007 or call the SAPS Crime Stop number 08600 10111.

#sapsMP #SAPS members are looking for info that could lead to the discovery of Katlego Marite(13) who was kidnapped yesterday from Witbank whilst playing with his friends. Anyone with info to contact #CrimeStop on 08600 10111. SWhttps://t.co/juPRuGZHHL pic.twitter.com/luLmuUzfIF

We live in a world where facts and fiction get blurred
In times of uncertainty you need journalism you can trust. For 14 free days, you can have access to a world of in-depth analyses, investigative journalism, top opinions and a range of features. Journalism strengthens democracy. Invest in the future today. Thereafter you will be billed R75 per month. You can cancel anytime and if you cancel within 14 days you won't be billed.
Subscribe to News24
Related Links
No trace of missing young father from Pretoria North
Next on You
Watch the incredible footage: Russian swimmer goes viral with her underwater dance stunts