A tale of two sons: one died, the other survived and their moms became best friends The two women act like they’ve been friends all their lives. They’re quick to finish each other’s sentences, they interrupt each other to add detail to their story and they hold hands when their emotions get the better of them.

In fact, they met only two years ago – but those two years encompass so much: the agony of grief, the joy of life and the comfort of a friendship forged on the foundations of motherhood.

Anna-Mart van der Merwe (53) lives in the Breede River Valley between Worcester and Ceres in the Western Cape, Lisa Smorenburg (54) is from Riviersonderend in the Overberg. Today they are meeting at a restaurant in Stellenbosch where Anna-Mart’s son, Andries (28), is the chef. Anna-Mart's son, Andries, after the lung transplant that saved his life: (PHOTO: Supplied)

The fact that he’s able to work at all is thanks to the pair of lungs doing their thing in his body – organs donated to him by Lisa’s only child, Storm, who was left braindead at the age of 18 after a tragic accident.

Two years ago, Andries was barely clinging to life. Cystic fibrosis, a disease that affects the lungs, had left him with just 17% of his lung capacity and he was permanently hooked up to an oxygen tank. He was pale, painfully thin and very weak – a lung transplant was his only hope of survival.

Then, on the evening of Friday 23 August 2019, the call came: a healthy set of lungs had been found. It was the answer to the prayers the Van der Merwe family had been saying for years.

Hundreds of kilometres away in Mossel Bay, Lisa said goodbye to her beloved boy as he was wheeled in to have his organs harvested. Outside the hospital, a private jet was waiting to take Storm’s lungs to Cape Town and two hours later, Andries was wheeled into an operating theatre at Groote Schuur Hospital for a seven-hour double-lung transplant. After the surgery, Andries had to learn how to breathe with his new lungs and he will be on anti-rejection medication for the rest of his life.

But he’s alive. And the triumph that came from tragedy is something both mothers will hold close to their hearts for the rest of their lives.

Storm would have turned 20 last month. He would probably have his own car, Lisa says, and be studying at Stellenbosch University – that had been his plan.

But Lisa refuses to allow sadness to overwhelm her. On Storm’s birthday, she organised dinner with friends and they had champagne and danced, she says.

It was a birthday gift that started this whole journey. For months Storm had nagged his mom for a skateboard and so, when he turned 18 on 5 July 2019, she bought him one. 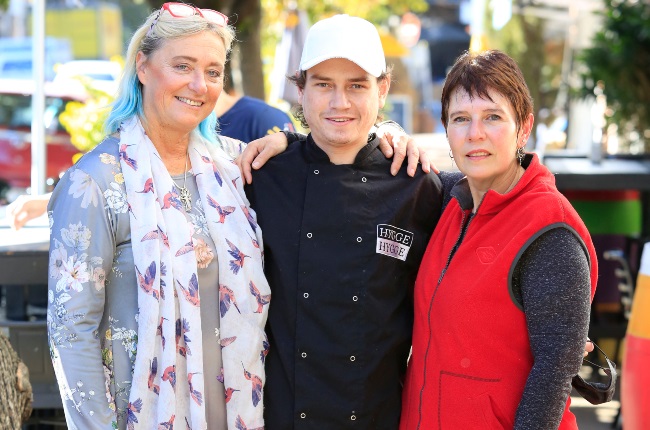 Lisa has asked herself a thousand times if she should’ve done so but you can’t wrap the ones you love in bubble wrap forever, she says.

Storm, an athletic young man and a keen rugby player, was in matric at Oakdale Agricultural High School in Riversdale and was on his way to an exam a month after his birthday.

Dressed in his blue-and-white school uniform, he jumped on his skateboard and hung onto the back of his friends’ bakkie. But a turn in the road was too sharp for him and he lost his grip, falling on his back on the road and hitting his head hard.

He lost consciousness instantly and never woke up again.

Hours later in the hospital in Mossel Bay, a shattered Lisa, a single mom, recalled how she and Storm had once spoken about organ donation and he’d told her it was something he would like to do.

When doctors told her that her boy was braindead, she made the decision to donate his organs and allow others to live because of him.

Both women become tearful as Lisa tells her story and Anna-Mart hands her a tissue. It was because of Storm’s gift that Anna-Mart’s son is hard at work behind them in the kitchen, preparing lunch dishes for hungry patrons. 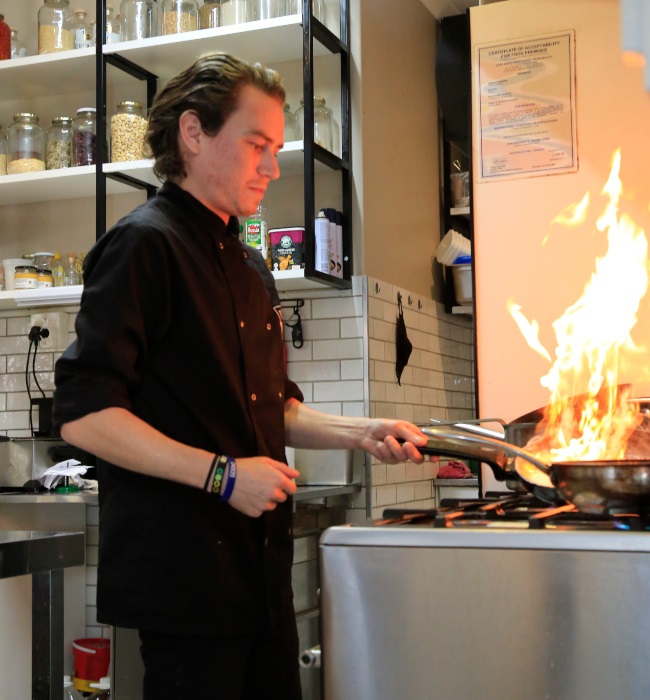 Andries works as a chef at a Stellenbosch restaurant. (PHOTO: Corrie Hansen)

“For the first time in 25 years my child can live,” Anna-Mart says, glancing at her son.

Thanks to this chance at a healthy new life, Andries is able to jog 3km every morning and to live his dream of being a chef.

He’s the picture of health and energy and he smiles often. The thought that his body may reject his new lungs isn’t holding him back, he says. He’s living life to the full.

Organ donors are often kept anonymous but if a recipient requests the identity of a donor, the Organ Donor Foundation contacts the donor to see if it’s possible.

This is what happened in Anna-Mart’s case – although there was a connection before that. A family member of Anna-Mart’s also knows Lisa and knew her son had died in an accident.

He also knew Andries had received a new pair of lungs and put two and two together. Anna-Mart contacted the foundation who checked in with Lisa and got permission for their identity to be revealed. And so a beautiful friendship began.

In Anna-Mart, she found not only a best friend but another family member, Lisa says. 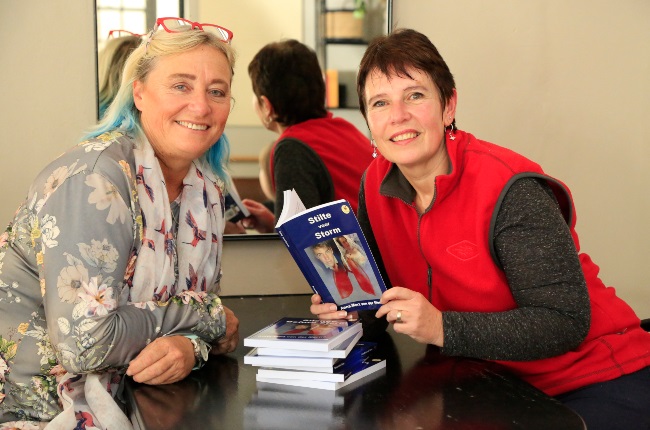 Anna-Mart wrote a book which details the journey each family has been on. (PHOTO: Corrie Hansen)

The two women visit each other often and can sit and chat for hours at the kitchen table. Lisa, a scientific technician for the department of agriculture, enjoys spending time with Anna-Mart, a social worker, who lives on a farm in the Breede River Valley with her husband, Albertus. The couple have two other sons, Ludwig (27) and Albert (25).

Anna-Mart has written a book, Silence Before the Storm, a moving account of the two families’ journeys and the faith and hope they discovered along the way. The two women are also motivational speakers.

Lisa is comforted by the fact her son gave the gift of life and health to other people too.

“Storm’s heart is in Langebaan and his kidneys are somewhere in Worcester,” she says. “He always wanted to help people and I’m grateful he could do that.”

Anna-Mart smiles. “I checked my diary,” she says. “On 5 June 2001 I was praying for Andries. He was three years old when he’d been diagnosed with cystic fibrosis.”

No one could’ve foreseen that the two boys’ worlds would become so intertwined 18 years later – and that love would unite their mothers forever.

We live in a world where facts and fiction get blurred
In times of uncertainty you need journalism you can trust. For 14 free days, you can have access to a world of in-depth analyses, investigative journalism, top opinions and a range of features. Journalism strengthens democracy. Invest in the future today. Thereafter you will be billed R75 per month. You can cancel anytime and if you cancel within 14 days you won't be billed.
Subscribe to News24
Next on You
The Bachelor SA’s Lee Thompson has gone from TV stardom to a homeless shelter