Just before lockdown hit, a Centurion couple forked out thousands for an idyllic island honeymoon – now their dreams have been shattered.

As a flight attendant, Loulene Jacobs (25) had travelled all over the world but the Krabi islands in the south of Thailand remained an unexplored piece of paradise to her. Which is why she and her fiancé, Ryno Potgieter (26), an airline engineer, decided to make it the destination for their honeymoon.

The couple, had known each other since they were at school, made all arrangements through the travel agency STA Travel in Centurion Mall and paid R45 000 for their flights, hotel accommodation and transport.

Their wedding date was 4 April and they were due to leave for Thailand the next day. “But in the middle of March, the travel agent called us to say everything had been put on hold because of Covid,” Loulene says.

“STA assured us everything would be okay – they’d keep our money and we could just postpone our honeymoon to a later date.”

Loulene and Ryno also had to postpone their wedding because of lockdown but they continued to cling to the silver lining of their honeymoon. Krabi wasn’t going anywhere, they told themselves, and they would go once it was safe to travel again.

Then in August, Loulene’s mom, Heleen Verster, spotted one of the first news reports about the international travel agency’s sudden closure and alerted her daughter. Loulene and Ryno learned about the travel agencies bankruptcy and sudden closure in August. (Photo: Supplied)

STA, has 20 branches in South Africa and also has a presence in Britain, New Zealand and Australia, went insolvent during lockdown.

“I’m a very positive person,” Loulene says. “I was shocked but wasn’t really worried that we’d lose all our money.”

This was the latest blow to hit the couple during lockdown. Apart from having to postpone their wedding, Ryno’s dad died during lockdown and Ryno was stranded for two months in north Africa, where he went for a short working gig.

Loulene and her mom sprang into action and tried phoning the travel agency but their calls went unanswered. The STA shop in the Centurion Mall was empty and their website had been closed down.

“We were hoping to get the number of the lawyers handling the liquidation, but so far that’s been impossible. If we could maybe just get back the money for the flights . . .

“We really wanted to go to the Maldives but that was very expensive. We’re young, we don’t have that kind of money. Ryno used some of the money his uncle would’ve given us as a wedding gift. The Krabi islands aren’t far from Phuket and I’ve never been there either, so I was very excited about going,” Loulene says.

The couple are now planning to tie the knot on 9 January 2021. Everything from the venue to her dress and the guest list has been finalised – everything except the honeymoon. STA Travel’s last communication on its Facebook page to answer South Africans’ questions was on 4 September.

YOU followed the link on the social media site and had no joy with the contact number on their website. Our emails went unanswered too. 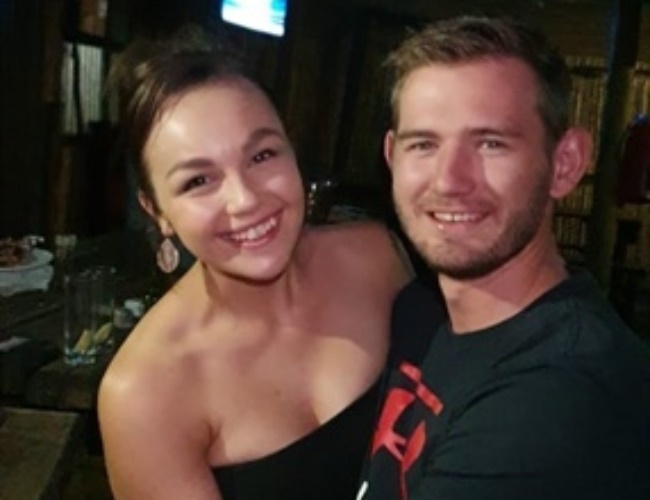 The pair are now planning to tie the knot on 9 January 2021. (Photo: Supplied)

According to News24, the travel agent owes 200 staff and 27 000 clients more than R2,1 million and R91 million respectively. Its total debt runs to more than R200 million, while its assets are valued at under R4 million.

Jurgens Steenkamp and Cheryl Jones of JJS Administrators in Cape Town have been appointed provisionally as liquidators, according to News24. They indicated the next step is for the master of the high court to arrange a meeting between shareholders and creditors. Only then will their appointment be finalised.

In the meantime, Loulene is still trying to come to terms with the blow she and Ryno have suffered.

“It was something beyond our control so there was nothing we could have done to prevent it. It’s just awful. All we can do now is to just to start saving again.”