Gauteng man’s robbery nightmare: ‘My nose was chopped off with a panga’ 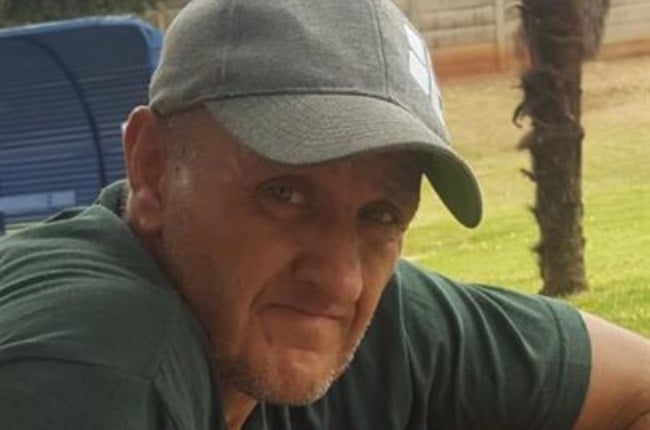 Gary Manefeldt before the brutal attack that changed his life. (PHOTO: supplied)

Gary Manefeldt (48) needs at least two more operations after his nose was hacked off with a panga during a robbery at his home near Dainfern in Johannesburg in early December.

The bones in the hands of his wife, Angelique Stasio, were broken and she hasn’t yet been able to return to her work as a hairdresser.

Apart from their fear that Angelique might never be able to work again because of the severity of her injuries, the couple are also afraid to return to the house where they were brutally attacked.

“I'm terrified,” says Gary from the Airbnb home where he and his family have been living since the shocking event.

A plumber by trade, he also hasn’t been able to work as his arm, which was broken during the assault, is still in a cast.

Gary needed nearly 40 stitches on his head where he was slashed with the panga, and there also several stab wounds visible at his temple. Four of his ribs were broken when the robbers kicked him mercilessly. 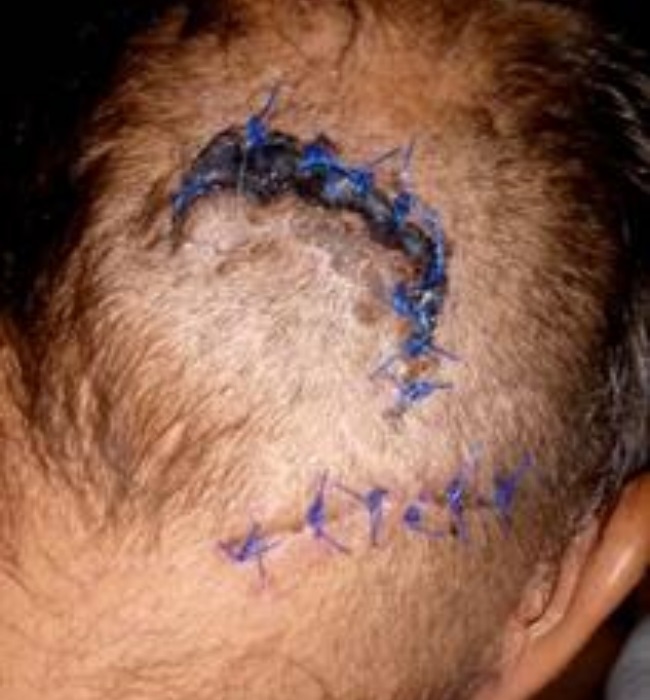 Gary was braaiing outside the family home on 9 December last year when seven men armed with pangas stormed in and attacked him.

“My wife, daughter, son-in-law, 10-year-old son, three-year-old grandson and mother-in-law were all inside the house when the men overtook me. I fought them like an animal for almost half an hour,” Gary tells YOU.

As their braai area is some distance from the house, his family were unaware of the attack.

Gary finally managed to make his way to the house and tried to get inside as the men continued to kick, punch and hack at him with pangas. But before he could make his way into the building, one of the robbers’ pangas hit his face, chopping off his nose.

“My nose literally fell to the floor where I knelt, with just a tendon that kept it attached to my face.

“My family only realised what was happening when I screamed. They tried to drag me through the door as the attackers pulled me out of the house by my feet. It was chaos.

“The men tried to get in, but we managed to shut the security gate before they could get into the house.”

In the process of shutting the gate, Angelique’s hands were caught in the metal bars and the bones in both her hands were broken. Gary and his three-year-old grandson, Blake. Blake was hidden in a closet in the house during the ordeal. (PHOTO: supplied)

“I was bleeding profusely,” Gary says.

“We hid my son and grandson in cupboards and locked ourselves in a room in the house while phoning for help. The men hammered against the windows and said they were going to kill us, but thankfully they couldn't get inside the house.”

By the time their neighbours, the police and neighbourhood watch arrived the attackers had fled.

“The paramedics said I was lucky to be alive. I lost a lot of blood,” he said.

Angelique had to get pins in her hands as a result of her injuries.

Gary has already undergone one operation to reattach his nose, but at least two more surgeries await him. So far, Gary has undergone one surgery to reattach his nose. (PHOTO: supplied)

“It was terrible. We can't go back to that house. The things you think of in that house [after the attack] are just too bad. I remember everything.”

The family moved out of their home immediately after the incident and have been living in an Airbnb house ever since. Because neither Gary nor Angelique are able to work yet, they started a Back a Buddy fundraising campaign to cover their costs.

The couple don’t have medical aid. Gary and his wife, Angelique Stasio, have been married for 18 years. (PHOTO: supplied)

Gauteng police spokesperson Captain Mavela Masondo said the men got away with a two-plate stove and a cellphone. Despite the brutality of the attack, only a case of house robbery is being investigated.

“We’re still looking for the suspects,” Masondo says. “The police appeal to anyone with information to come forward and contact their nearest police station or the police national [Crime Stop] number on 08600-10111.”

We live in a world where facts and fiction get blurred
In times of uncertainty you need journalism you can trust. For 14 free days, you can have access to a world of in-depth analyses, investigative journalism, top opinions and a range of features. Journalism strengthens democracy. Invest in the future today. Thereafter you will be billed R75 per month. You can cancel anytime and if you cancel within 14 days you won't be billed.
Subscribe to News24
Next on You
Kind cobbler helps schoolkids put their best foot forward at school