‘God was crying with us’: friend of three Groblersdal boys killed in car crash mourns the town's loss A storm broke over the town of Groblersdal in Limpopo soon after news of the tragedy emerged and for Micaela Jovner, a close friend of the dead boys, it was a sign from above.

“God knew how hurt our community was and he was crying with us,” she tells YOU.

Micaela is acting as spokesperson for the devastated families of JG Greyling, Stiaan Grobler and Conrad Meiring, the boys killed in a car crash on their way to Hartenbos near Mossel Bay to celebrate the end of their school career.

Stiaan, she says, was her best friend. “He was such a character and he had such a strong personality. He was also so family minded – his family always came first.” The boys, who had all attended Hoërskool Ben Viljoen in Groblersdal, died when the Lexus they were travelling in left the road on the N2 between Glentana and George and veered into a field in the early hours of Saturday 4 December.

Police spokesperson Captain Malcolm Pojie say the three boys were all flung from the car and died at the scene. A fourth boy survived the crash and walked for several kilometres to get help. He was reportedly treated in hospital and discharged.

The boys’ school expressed their shock and sadness at the tragedy in a Facebook post. “A heavy silence has descended on the school and the community because of the loss of these young men.

“Adventure was a way of life for these learners and they always took on everything in life with a smile. Each one had their own dreams and ideas. They were always well-mannered, stalwarts in various fields. Our hearts go out to their families. Words fail us but these learners will always live on in our hearts.”

Conrad’s uncle, Hannes Meiring, also paid tribute to his nephew on Facebook. “My heart is broken and it’s impossible to describe the pain of this loss. My heart goes out to my older brother Uys, sister-in-law Liz and niece Carli during this sad time. Be strong.” 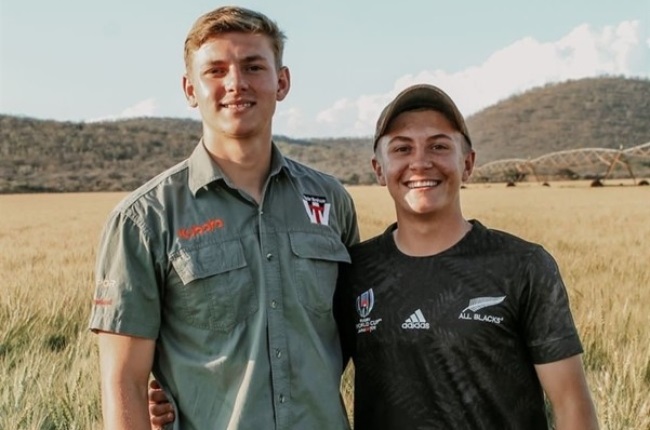 Grootbrak police in the Western Cape are investigating the accident and have confirmed that a case of culpable homicide has been opened.