In sickness and in health: Joburg cancer patient fulfills dying wish by marrying his soulmate 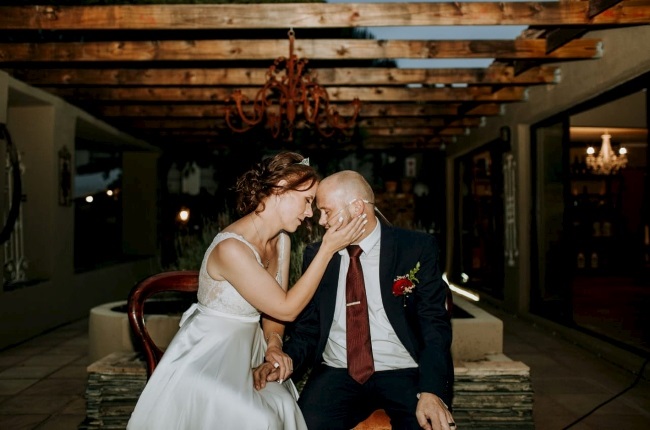 Laetitia and Nicholas Venter were determined to get married when they found out he had terminal cancer. (Photo: SUPPLIED)

His eyes flooded with tears as he watched his beautiful bride walking down the aisle towards him. Nicholas Venter had never felt such love for her as he did in that moment – despite the overwhelming odds that were stacked against him, there she was willing to commit herself to him and become his wife.

Although Laetitia van den Heever looked the picture of happiness, everyone present was painfully aware of the heartache that probably awaits her – of the terribly unfortunate blow that life had dealt her groom.

Just a few months earlier, Nicholas (33) from Fontainebleau in Joburg received the dreadful news. After discovering a lump in his back he underwent tests which revealed that he had spindle cell neoplasm cancer, a particularly aggressive form of cancer which had spread. Basically it was everywhere – his spine, lungs, liver, stomach, muscles and brain.