'Look, I have two eyes!': prosthetic nose and eye for boy mauled by hyena 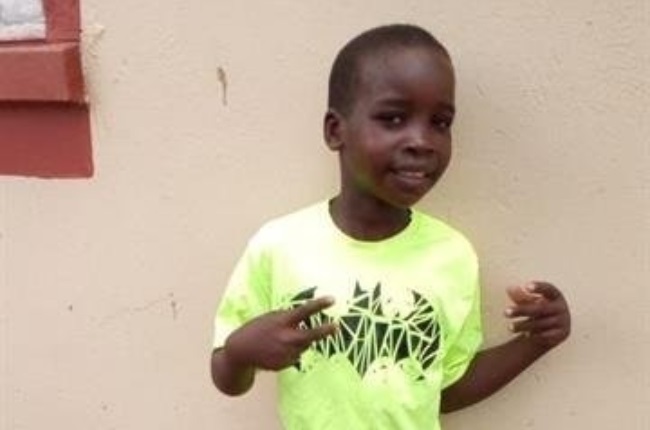 Rodwell Khomazana had to have six reconstructive surgeries to repair the damage done to his face after he was mauled by a hyena in May. (PHOTO: Supplied)

Young Rodwell Khomazana’s face was left badly disfigured after a hyena mauled him. And now, four months since his ordeal, he’s been discharged from Sandton Mediclinic in Johannesburg – for now.

“Look, I have two eyes!” were the first words out of 9-year-old Zimbabwean Rodwell Khomazana’s mouth when he first saw himself in the mirror late last month.

His face had been reconstructed in six operations, and he’d been fitted with a prosthetic left eye and nose.

Rodwell was mauled by a hyena in May this year and this was the first time since the traumatic incident that the little boy managed to smile at his appearance again, says Dr Kim Barnard, a paediatric surgeon who’s been closely involved in Rodwell’s recovery. Though he’s made considerable progress, Rodwell still has a long road to recovery ahead of him, his doctors say. (PHOTO: Supplied)

The mere fact that the boy survived the brutal attack is a miracle in itself. Rodwell had been sleeping next to his grandmother while attending an overnight prayer meeting when the beast attacked. The damage was so extensive that his left eye had to be removed. His nose had been ripped off and his upper lip was torn to shreds.

Since his arrival in South Africa, he’s had surgery to reconstruct his eye socket and cheek bones, as well as his upper lip.

He’s also been given a temporary prosthetic nose and a permanent prosthetic left eye. And now, four months since his ordeal, he’s been discharged from Sandton Mediclinic in Johannesburg – for now.

“Time and again the past few months I’ve been surprised by how strong and resilient Rodwell is,” Dr Barnard says.

“His determination and fighting spirit are remarkable – and he does it so gracefully.”

Rodwell and his mom, Shamiso Makiba, have been in SA since 19 June. Maqshuda Kajee, a local trauma nurse, coordinated with top medical professionals to provide free treatment for the boy. Rodwell’s mom, Shamiso Mabika, with Maqshuda Kajee, the trauma nurse who coordinated the effort to get her son to SA for medical attention. (PHOTO: Supplied)

Though his doctors are satisfied with his progress, they say Rodwell still has a long road ahead of him.

“There’s an incredible number of challenges on his road to recovery, that’s why he and his mom will be staying on in SA for a few months still,” Dr Barnard says.

“Rodney is still being tube-fed because the damage to his upper lip prevents him from eating. He also has a trachea tube in his throat to help him breathe.

“There’s a lot of work still to be done to his skin and later, when he’s fully grown, he’ll need a new, permanent prosthetic nose.”

But it’s not just the physical scars that Rodwell will be dealing with for years to come.

“Not only did this child almost die, but he also has to accept that he’ll never look the way he did before, and that there are many more painful surgeries and medical procedures ahead,” she explains.

“He’s in a foreign country among foreigners. He struggles to speak and due to the loss of his left eye – which robbed him of his depth perception – he struggles to walk properly.”

Still, after months of treatment, it looks like Rodwell can slowly start returning to a semblance of a normal life.

“There’s a whole rehabilitation team who are helping him with this part of the recovery process,” Kim says. “Among them are a clinical psychologist, a speech therapist and a physiotherapist. Rodwell must relearn how to eat, and even to speak. Because of his injuries, he’s unable to do simple things, like blowing a bubble.”

Despite all his challenges, Rodwell is making progress, she adds. His courage and desire to be a “normal boy” again continue to surprise his doctors.

“Of course, there’s a lot to be said for what medical specialists have accomplished. But this mom and her son are incredibly special. They’re fighting super hard and they’re doing it together. It’s a miracle what’s happened here and none of us doubt that he’ll be completely okay one someday soon.”