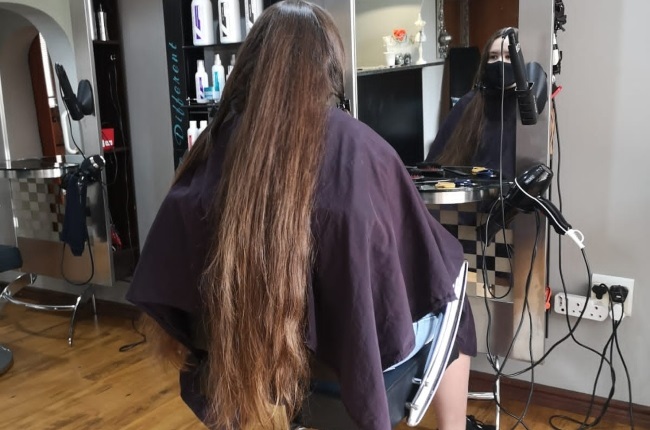 When she was eight years old little Leandroché van Wyk made a big decision: she was going to grow her hair for a good cause.

That was back in 2015 and now, six years later, the teen has lopped it all off and donated her tresses to cancer organisation Cansa. Donated hair is made into wigs which the charity then distributes free of charge to cancer survivors who need it most.

“I wanted to make some little girl happy out there happy,” Leandroché (14) tells YOU. It took a whooping two hours for the hair to be cut. (PHOTO: Supplied)

The Grade 9 Point High School learner who lives in Mossel Bay with her mother and grandmother, grew her hair a staggering 1,4 metres long.

Washing her locks was quite a mission. It took three hours to shampoo and an hour to dry. Luckily, it was a team effort. Leandroché’s mother, Susel, and her grandmother, Rina van Wyk, were always on hand to help.

Leandroché’s thick curly brown hair would be washed in three sections. The teen had to put her hair over her head and stand under a shower head while her mother shampooed it. Twice a year Rina would trim the split ends. 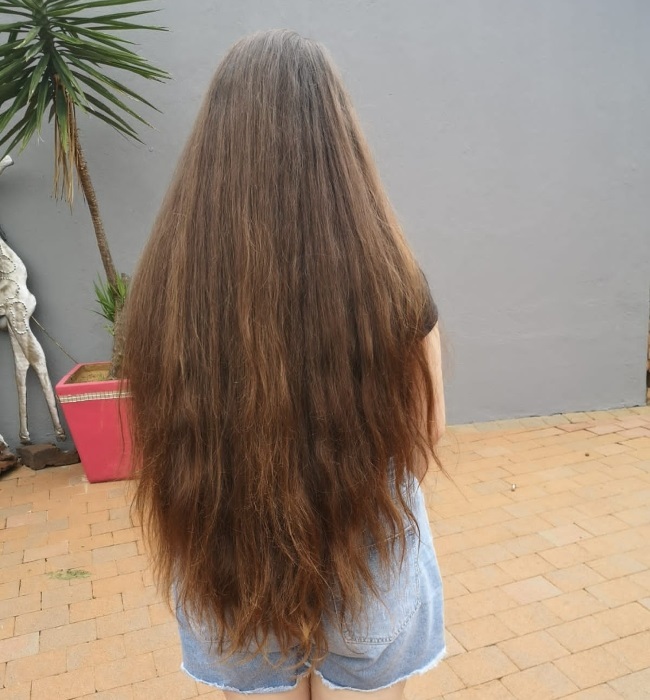 It used to take the teen three hours to wash her hair. (PHOTO: Supplied)

The plan was to keep the hair in its most natural state. The teen never dyed it or used a flat iron and seldom used a blow dryer.

“For me it was a privilege,” says Susel, who loved her daughter’s cascading mane.

Because styling took time, Leandroché opted to wear it down but every now and then she would do a crown braid or wear it in a bun.

“People would just come and touch it and then they'd say, ‘Oh, my word, it's so heavy’.”

Earlier this year she felt ready to cut her hair. It was getting too heavy and she felt the time was right to donate it. “I just told my mom I couldn’t grow it anymore.” 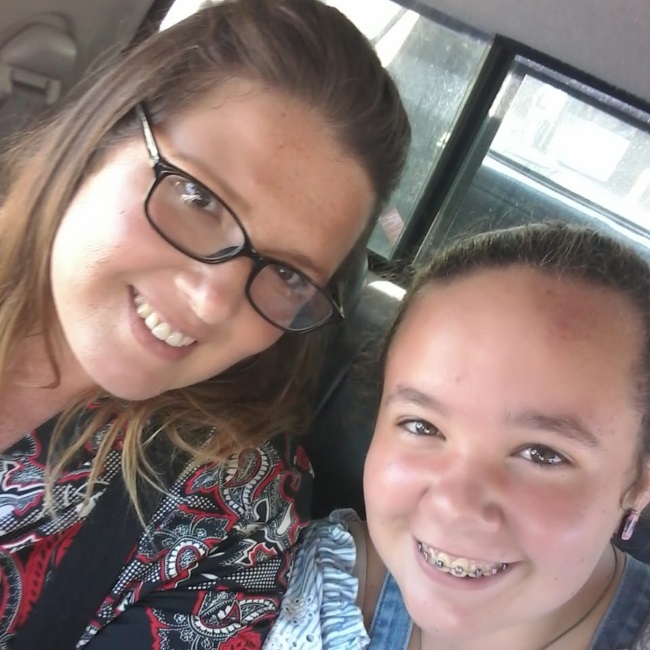 Susel van Wyk is very proud of her only child. (PHOTO: Supplied)

The teen was excited on the morning of the haircut.

It took the hairdresser two hours to lop off her locks, which were then split into four bundles, braided, bagged and ready to be donated. Leandroché had so much hair it was enough for four wigs.

“I didn’t know I could give someone that much hair. I just wanted to make a little girl happy. And now knowing that I could make four little girls happy . . . It’s just . . . wow!” Leandroché says.

“I'm very proud of her and it shows she’s determined,” Susel says of her only child. Leandroché's grandmother was more than happy to trim her granddaughter's hair twice a year. (PHOTO: Supplied)

Leandroché now has shoulder-length hair which she says is a breeze to manage and takes just 15 minutes to wash.

The schoolgirl, who writes her own music and dreams of becoming a musician, has a passion for helping others, which is something she learnt from her mom and grandmother.

“You can’t always give someone money but look at what you do have and maybe you can give that to someone else,” Susel says.

Although Leandroché doesn’t miss having long hair, she’s already planning on growing it again so she can donate more of her luscious locks when she’s in matric.