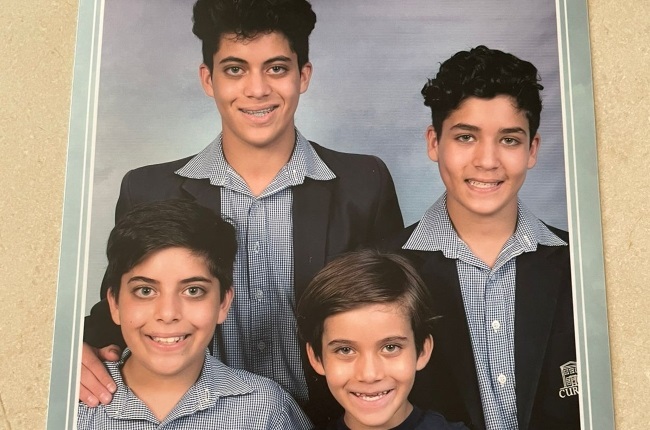 Moti brothers (back, from left) Zia and Alaan and (front, from left) Zayyad and Zidan are now apparently living and going to school in Dubai following their kidnapping ordeal last year. (PHOTO: supplied)

The kidnapping of four young brothers by a gun-wielding gang seemed like something from a movie. But what came after that also resembles a Hollywood script: a family fleeing to another country, allegations of dirty money being involved, and the police barred from investigating by the boys’ parents – a claim the family then deny.

The case of the missing Moti siblings – Zia (15), Alaan (13), Zayyad (11) and Zidan (7) – made headlines across South Africa when the boys were kidnapped a few months ago.

The children were abducted on their way to school and held hostage for three weeks. Their parents, Naazim and Shakira, welcomed the support they received from the public. But very little detail emerged following the children’s release – and now there are more questions than ever.

Support independent journalism
Get 14 days free to read all our investigative and in-depth journalism. Thereafter you will be billed R75 per month. You can cancel anytime and if you cancel within 14 days you won't be billed.
Subscribe
Already a subscriber? Sign in
Next on You
‘I was trapped in bed for five years’: Cape Town man who used to weigh 300kg opens up about his weight-loss journey