MY STORY | This is for you, Mom: my sisters and I lost our mother as kids but now we’ve all graduated together Yvette Chetty and her twin sisters, Odette and Odell, graduated during the autumn graduation at the University of KwaZulu-Natal. (PHOTO: Supplied)

The Chetty sisters from Chatsworth, Durban – Yvette and twins Odette and Odell – scored an impressive academic hat-trick when all three graduated from the University of KwaZulu-Natal recently.

Yvette (29) graduated with a PhD in physiology and her 22-year-old sisters graduated with BCom and bachelor of occupational therapy degrees respectively.

The sisters lost their mom, Charmaine, at a young age and relied on the rest of their family and each other to avoid being sucked into the drug culture in their neighbourhood.

We had a very strong family unit. We were introduced to books and studying and we were told to focus on developing ourselves. My mom and our dad, Krishnan, were very staunch in terms of religion. We had a lot of religious activities which I think helped us stay away from drug abuse. Yvette graduated with a PhD in physiology and works at the University of Limpopo. (PHOTO: Supplied)

What made Chatsworth a dangerous area is the drug problem, which is quite severe. In certain areas there is a drug called “sugars” which is very addictive.

When I was 16, our mother was diagnosed with cardiomegaly, which is an enlarged heart. Her heart could not pump blood effectively and she was often tired, but she was strong.

In 2013, when I was 21 and my sisters were 14, my mother’s symptoms worsened and in a matter of 10 days she was admitted to hospital, fell into a coma and passed on. It was a difficult time for us to process it all.

My sisters and I have a very close relationship, and it became especially strong after our mom passed away. We supported each other throughout it. In terms of playing a motherly role, it was not just me who played it. I think they were like mothers to me too. They are younger than me, but they’ve always been concerned for me. 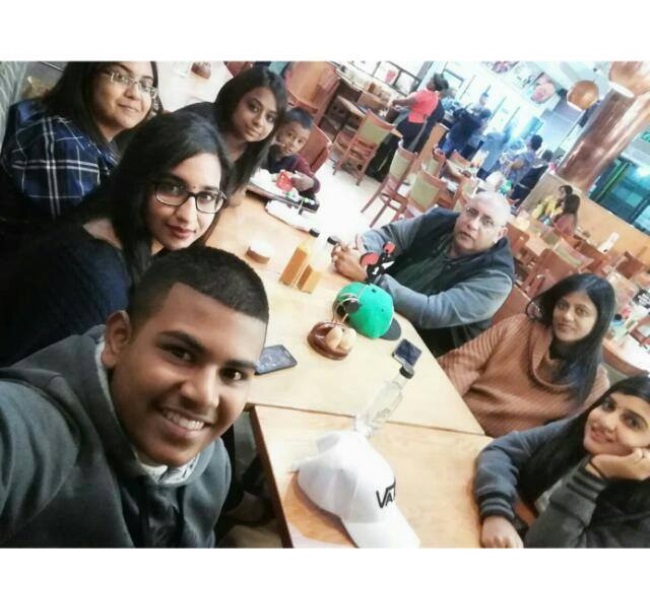 It was a good experience to graduate together. Odell and I graduated on 26 May and Odette on 28 May. There are not many siblings who can say that they graduated together. It could have been just the two of them, which is understandable because they are the same age. I started studying in 2010. It took me 10 years to get my PhD in physiology.

We grew up fighting the same obstacles and to graduate in the same week was special.

We always pushed one another and we made sure we motivated one another. We don’t only offer each other academic advice; we offer financial and personal advice too.

Odette is our financial expert. Odell is our wellness expert and she tells us how to not stress. I am more of the medical expert so I am there when they’re not feeling well.

Now it’s our turn to give back to our dad in terms of running the house and taking care of him. He is a policeman and he remarried and we have stepsiblings too.

I moved to Polokwane in 2018 and I am a lecturer at the University of Limpopo. I managed to get a job in my field and that in itself is good. It’s just a pity our mother couldn’t live to see us all make a success of our lives.