Why would their daughter commit suicide? Yunus and Sara Asmall didn't believe her boyfriend for a second when he claimed that was what had happened.

It's taken almost two decades but finally the Pietermaritzburg parents have been vindicated and the prison doors have slammed shut on the man who killed her and then lied to them.

On 28 June 2005 Yunus and Sara's lives changed forever when they received a call telling them that their 27-year-old daughter, Rochelle Naidoo, had committed suicide in her Cape Town apartment.

“I can still remember that day like it was yesterday and all I kept thinking was how none of it made sense,” Rochelle's stepfather, Yunus, tells YOU.

Her boyfriend, Faizel Hendricks (then 27), had been with her at the time of her death and claimed she'd grabbed his unlicensed .38 Special revolver, put it in her mouth and pulled the trigger.

But Sara and Yunus didn't buy his story.

READ MORE |  ‘My body had given up, but my mind kept me alive’: Free State woman shares her harrowing story

Hendricks was initially charged with her murder but after the case against him was dropped in October 2008 due to lack of evidence, the Asmalls decided to institute a private prosecution.

“We had to find a way to prove that she didn’t commit suicide and although we were warned that the process would be financially, mentally and emotionally taxing, we needed to find closure,” says Yunus (67), a businessman.

This is only the second time a private prosecution has been undertaken in South Africa for a criminal matter – and it’s the only one in which there was a successful outcome. In 1988 the attorney general of the Cape refused to prosecute 13 members of a security police task force who’d shot and killed three men during an incident that’s become known as the Trojan Horse Massacre. The families of two of the victims took the case to court, but failed to win a conviction.

With the assistance of Advocate Gideon Scheltema, the Asmalls went back to court in 2010, five years after Rochelle's suspicious death.

During the trial, evidence was presented proving that Hendricks was abusive towards Rochelle, on one occasion even going so far as to assault her with a chair.

“But she hid this from us, perhaps because she didn’t want to worry us,” Yunus says.

The case not only took a mental toll on the family but Yunus’ health also started to deteriorate.

“In 2011 I was diagnosed with lymphoma [cancer of the lymphatic system],” he says.

“There were times I couldn’t go to court because of my health but my wife always updated me. It’s been a difficult journey but we were determined to see it through to the end for our daughter. We weren’t going to give up.” Rochelle Naidoo was murdered in 2005 by her boyfriend, Faizel Hendricks, who then tried to pass it off as suicide. (PHOTO: Supplied)

Eventually in 2015 Hendricks was found guilty and sentenced to 15 years in jail.

“The day his sentence was handed down he walked past my wife as he was being taken away to the cell and whispered, ‘It’s not over’,” Yunus says.

It was going to take another seven years for the wheels of justice to turn slowly as Hendricks mounted his appeal, which was eventually heard last year with judgment being handed down earlier this month.

In his defence, Hendricks claimed that on the day of her death he and Rochelle, whom he'd dated for three years, had argued and that she'd put his revolver in her mouth and shot herself.

But in the Malmesbury Regional Court where the appeal was heard, judges Deirdre Kusevitsky and Chantel Fortuin found this version of events highly improbable.

“What’s more probable is that he shoved the firearm into her mouth and in her attempt to grab hold of it and pull it out, the trigger was pulled by the appellant [Hendricks] and this would reasonably explain the presence of primer residue on the hands of the deceased,” they said in their judgment.

They said Rochelle's death was a crime of passion and it was based on this that they upheld Hendricks’ 15-year sentence.

“When the news broke that Faizel’s sentencing would be upheld, my wife squeezed my hand,” Yunus says. “It was a bittersweet moment because even though justice prevailed, we’d never get our daughter back.”

Yunus says that at no point has Hendricks shown any remorse or made any effort to explain his actions.

He and his wife still can’t believe they once welcomed him into their home, believing he’d one day become their son-in-law.

“Just before she died, she called me to say she’d be coming home and had brought us gifts,” Yunus recalls.

“When I arrived in Cape Town to pick up her things after her passing, I found the presents packed into her car boot with notes in them. That’s the kind of person she was – loving and ever so caring.” 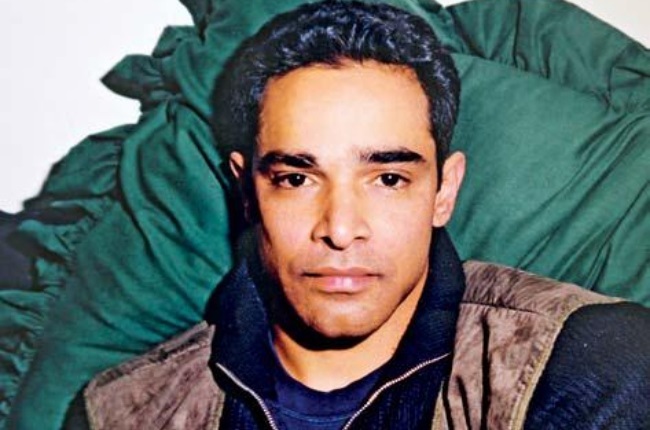 Faizel Hendricks was found guilty of murder and his sentence of 15 years behind bars was recently upheld. (PHOTO: Supplied)

Rochelle would’ve turned 41 this year but although it’s taken more than 15 years for the law to run its course, her parents hope that the case will serve as encouragement to other families who seek justice.

“We miss her every day but although she’s gone, we’re happy with the outcome and now have peace and closure,” Yunus says.

We live in a world where facts and fiction get blurred
In times of uncertainty you need journalism you can trust. For 14 free days, you can have access to a world of in-depth analyses, investigative journalism, top opinions and a range of features. Journalism strengthens democracy. Invest in the future today. Thereafter you will be billed R75 per month. You can cancel anytime and if you cancel within 14 days you won't be billed.
Subscribe to News24
Next on You
How this Mpumalanga man went from 72 painkillers a week to zero thanks to the help of Good Samaritan surgeons