‘Wake up, my child’: mom’s grief for cancer-stricken son who died fending off robbers Dieter Grabie was fatally stabbed in the chest during a robbery. (Photo: SUPPLIED)

He was undergoing treatment for leukaemia when the unthinkable happened: he was stabbed to death protecting his friend during a mugging.

Now the only thing giving his heartbroken mom comfort is the fact her boy, Dieter (21), died a hero.

Thelma Grabie had to see the sight no parent should ever have to see: her child lying lifeless in a hospital bed.

He looked like he was asleep, Thelma (48) says, and even though she knew he was gone she couldn’t help touching his leg and shaking him. “Wake up!” she screamed. “Please wake up!”

Dieter had been pronounced dead earlier that night, 12 February, at Brits Hospital in North West. He had a stab wound to his chest and doctors couldn’t stem the internal bleeding.

“My heart has broken into a thousand pieces,” Thelma says. “I didn’t know you could hurt this much.” 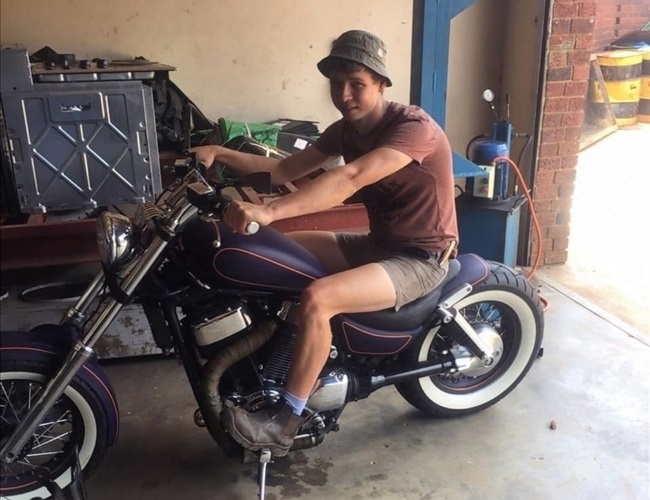 A memorial service was held for Dieter on Friday, 19 February in Johannesburg. (Photo: SUPPLIED)

She believes God “wanted to prepare us for our son dying”. “But we didn’t know how it would happen or how cruel it would be.”

Dieter was diagnosed with chronic myeloid leukaemia in October last year. He was undergoing treatment and was due to have a bone marrow transplant in due course.

“It’s as if this cancer diagnosis was trying to tell us something – that we needed to embrace our boy and love him even more because his days were numbered,” Dieter’s dad, Dirk (49), says.

READ MORE | ‘The sight still haunts me’: Randfontein pastor reunites with the family he saved from drowning 33 years ago

At least, the heartbroken parents say, their son died trying to help someone else.

Dieter and his friend, Chris Malan, were at a cricket club in Brits that Friday night and later that evening they got a lift to a friend’s house. On the way there, the driver decided to head for Hartbeespoort so the two friends got out of the car and called Chris’ mom, Corné Odendaal, asking her to fetch them.

As they waited at the side of the dark road, five men approached them and demanded their cellphones. One pulled out a knife and lunged for Chris but Dieter pulled his friend away and was stabbed in the process. The five men ran off and Dieter and Chris managed to make it to a nearby petrol station, where Dieter collapsed.

“My son’s last whispered words to Chris were: ‘You see? I promised nobody would touch you’. They’d been friends since their school days and Dieter made that promise long ago to Chris, who was his best pal.” 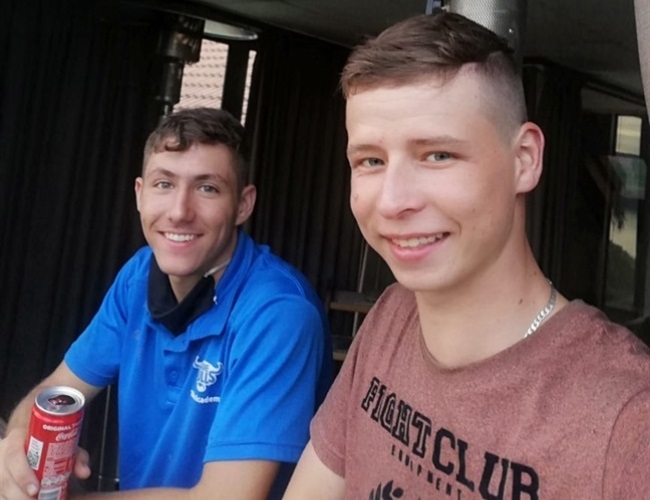 The 21-year-old was with his close friend Chris Malan when the tragic incident occurred. (Photo: SUPPLIED)

Corné broke the news to Dirk and Thelma around 11pm.

“She just said: ‘Dieter has been stabbed, meet me at the Brits Hospital’,” Thelma recalls, breaking down.

“Before Corné ended the call, I heard her saying: ‘Come on, boy, just keep breathing’. We knew it was a matter of life and death.”

When the couple got to the hospital, doctors were battling to drain Dieter’s lungs. The stabbing had caused severe internal bleeding.

At around 1am they received the news: Dieter didn’t make it.

Dieter was the couple’s only child together. Thelma has two other kids from a previous marriage.

As the couple prepare to attend Dieter’s memorial service in Claremont, Johannesburg, they’re again wrestling with questions about his death.

“We’re shattered, but also angry,” Dirk says. “Who gives another the right to take a life?” The couple are being supported by family and friends, Thelma says, and messages and prayers are helping them to cope.

“We’re suffering terribly and we will for a long time,” Dirk says. “That’s why we’d like to stay to other parents: love your children and support them in everything they do. You never know when the end will come.”

We live in a world where facts and fiction get blurred
In times of uncertainty you need journalism you can trust. For 14 free days, you can have access to a world of in-depth analyses, investigative journalism, top opinions and a range of features. Journalism strengthens democracy. Invest in the future today. Thereafter you will be billed R75 per month. You can cancel anytime and if you cancel within 14 days you won't be billed.
Subscribe to News24
Related Links
All the drama: hero cop pulls suicidal man from bridge
‘I should be dead,’ says Pretoria hero after foiling robbery
‘I survived against all odds’ – Former Cheetahs coach Naka Drotské opens up about his brush with...
Next on You
From Bafana to Man U: a look at Benni McCarthy's road to the Red Devils