Man dies of rare infection after dog licks him 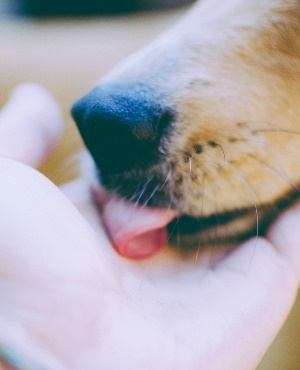 A man died from a bacterial infection after being licked by his pet.

The 63-year-old German man, whose name has been withheld, was infected with Capnocytophaga canimorsus – a bacterial pathogen found in the saliva of healthy dogs and cats and usually transmitted through bites, according to NCBI.

After playing with his four-legged friend, the man reportedly fell ill with flu-like symptoms, including muscle pain and fever.

His condition then deteriorated, with the man struggling to breathe and developing blisters all over his body, Daily Mail reports.

The man, whose condition was documented in a medical journal by doctors from the Rote Kreuz Krankenhaus in Germany, had reportedly been hospitalised but had already developed sepsis and had to be placed in intensive care.

Scans also revealed he had a build-up of fluid in his brain, Mirror reports.

His condition continued to deteriorate, with several of his organs failing.

This prompted his family and doctors to switch off his life support just 16 days after he’d been rushed to hospital.

“Pet owners with flu-like symptoms should urgently seek medical advice when their symptoms exceed those of a simple viral infection, which in this case were [breathing problems and a rash],” Dr Naomi Mader, who treated the patient, said.

“Physicians confronted with such patients should ask about contact with dogs and cats.”

We live in a world where facts and fiction get blurred
In times of uncertainty you need journalism you can trust. For only R75 per month, you have access to a world of in-depth analyses, investigative journalism, top opinions and a range of features. Journalism strengthens democracy. Invest in the future today.
Subscribe to News24
Next on You
Monobrow model: ‘I’m doing whatever I want, and that’s what I want other people to do’

Read more on:
dogdeathbacteria
LATEST YOU