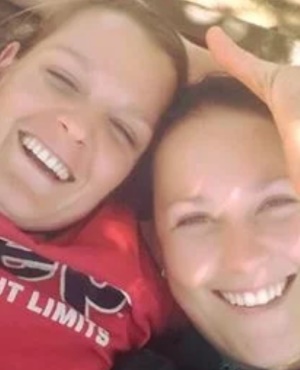 He’ll never have peace – not even if the men who brutalised and murdered his sister spend the rest of their lives in jail.

The only glimmer of hope he has is that justice will be served, Wynand van Niekerk says. But that seems to be an ever-distant goal since the murder trial for the killing of married couple Anisha (30) and Joey van Niekerk (32) was postponed again this week.

“You start steeling yourself for the court appearance about a week in advance – for the horrifying information, the rage you’ll be feeling. Only to hear the case has once more been postponed. It’s really hard,” Wynand tells YOU.

The murder trial had been set to resume in the high court in Pretoria on Monday, 10 February. This time, the reason for postponement had been problems with obtaining legal counsel for one of the accused, Mercia Strydom.

The other accused are Alex Modau, Aaron James and Jack Chinkinya Sithole. They’re charged with the couple’s murder in December 2017. James and Sithole have also been charged with rape.

The suspected mastermind behind the murder, Koos Strydom, died under mysterious circumstances in September last year. He passed away at the Kalafong Hospital, Pretoria, a few days after being found unconscious in his single cell in the nearby Kgosi Mampuru II prison. At the time, sources claimed he’d overdosed on sleeping tablets but there’s been no confirmation from the department of correctional services or the police as to the cause of death.

Though the past few weeks of “quiet” away from the courtroom has been good for him and his loved ones, Wynand says he’d been hoping there’d be closure soon.

“It’s good to get a bit of distance, or these things might consume you. Nobody would choose such a death for someone they love. You keep hoping for closure, hoping that this chapter can be finished,” Wynand says about the couple’s murder.

It’s pure torture to never know what Koos’ fate would’ve been, he adds.

But even if the accused were to be found guilty and made to pay for the horrific murders, the two women’s loved ones will never find true peace.

He can’t stop thinking of the horrible details that’ve emerged so far: how Koos had allegedly forced the women to sign over the title deed to their smallholding; how they’d been tortured, hung up by their wrists in a shipping container. How their bodies had been burned.

“I have to believe one thing with my whole heart: Anisha and Joey had triumphed in the end. Of course, one hopes for an end to the nightmare, but I believe the two of them had already won.

“A guilty verdict won’t bring me more or less peace. They’re gone, forever. One can only hope that a sentencing will have a knock-on effect on other, similar cases. That we’ll start viewing these types of crimes, including the abuse of women, in a different light. This trial isn’t only for Anisha and Joey – we’re fighting for every other victim.”

As the days drag by, Wynand clings to the hope that the trial will be over soon.

“This is going to sound cruel to say,” Wynand says tentatively. “But I’m grateful my parents aren’t with us anymore; grateful they’ve been spared this suffering. Because I don’t know how they’d survive this, of even if they’d survive it.”