Heroic dad saves two daughters from inferno: ‘We would’ve all been dead’ This Cape Town family is now picking through the rubble of what’s left of their ground-floor flat after a fire.

All the Sacks family has left is two chests of drawers with the children’s clothes. Their other furniture has all been turned to ashes and charcoal.

Glenville Sacks (38) and his family managed to escape from a blaze that started in one of the rooms in their apartment in Hanover Park, Cape Town, on Friday 3 July.

You might like | Family pleads for the safe return of their stolen African grey parrot: ‘She’s been in our family for more than 20 years’

Glenville keeps clearing his throat as he speaks to us – the result of the smoke inhalation he suffered. But at least he managed to save his two daughters, six-year-old Zea and four-year-old Zarah, before the flames engulfed their home.

Glenville’s wife, Aadielah (36), was frantic when she woke him up, asking if he could “smell anything burning”.

The 38-year-old and his wife opened the door of the front room where his brother-in-law was sleeping – to find it filled with smoke.

Glenville’s first thought was to save his two children who were still asleep – the family share a bedroom.

“I had to first fetch them from our room,” Glenville tells YOU.

“When I got the dining room the house was already in flames. It happened so quickly; I can’t explain it.”

He reckons Aadielah is the real hero, and says he’s grateful for her quick response.

“If my wife didn’t wake us up, we would’ve most probably all been dead by now because we didn’t smell anything,” he says. 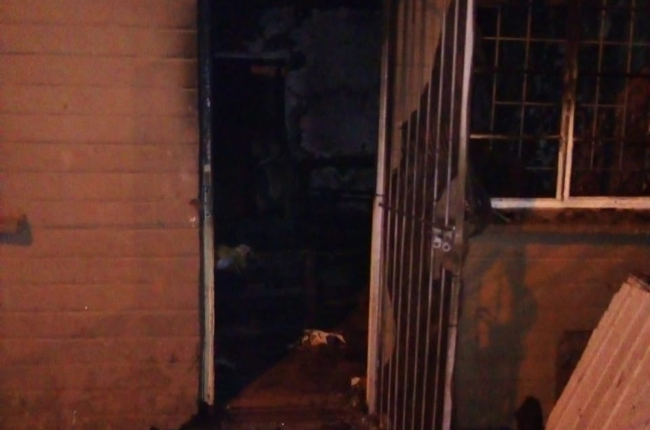 It was also thanks to Aadielah calling for help that they managed to get their neighbours’ assistance.

“By the time the fire department had come the community had already helped us put out the fire,” he says.

Although they’re still waiting for the fire department to establish the cause of the fire, he says he suspects it might’ve been one of his brother-in-law’s cigarettes. Glenville has since asked him to move out because his drug addiction is putting the family in danger.

“We don’t really know what caused the fire because we haven’t received a report. We don’t know if he smoked cigarettes or what happened,” Glenville says.

The Sacks family has since moved into an apartment in the area thanks to local ward councillor Antonio van der Rheede, who took the family to a vacant flat on the same night.

Glenville is also grateful to the Hanover Park community who has helped them with food and clothes.

“It’s not just inconveniencing to have your home burnt down but even more the fact that it happens during the lockdown,” Glenville tells us. He says he’s been hard hit by the effects of lockdown and though he’s out of options for a way forward, he’s grateful his family is unharmed.

“The council came and assisted us with a vacant flat until they repair the other flat. It’s council property; we don’t own it. We don’t know what’s going to happen for now.”

Related Links
Lockdown diary: ‘Moving during the pandemic is tearing my well-being to pieces’
Family pleads for the safe return of their stolen African grey parrot: ‘She’s been in our family...
90-year-old goes viral after coming out to his family on Facebook: ‘I am out, I am gay, I am free’
Share
Next on You
Friends of murdered cancer patient: ‘I pray she didn’t suffer’