'We put the ticket in the Bible', says Lotto winner who lives a frugal life 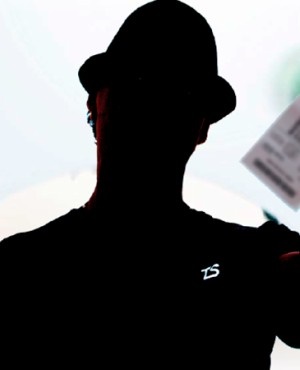 Three years ago he was down on his luck, heavily in debt and dependent on the charity of family members to keep going.

These days he drives an Audi TT, can afford holidays in Mauritius and dreams of owning an island – even just a small one.

So what happened? Stewart Becker* did what the majority of us fantasise about: he won the Lotto.

His winnings – a cool R7m – might not be as over the top as other payouts have been but they’ve changed his life.

Yet unlike some winners who’ve frittered away their fortune, Stewart knew he had to be careful. Seven million bucks may be a hefty injection of fabulous but he knew it wouldn’t last forever if he wasn’t smart.

Today he has managed to triple his money through shrewd investments and still lives a modest life.

There’s nothing about the 30-year-old businessman that screams wealth, except perhaps his gold necklace, watch and bracelet.

But he swears the jewellery isn’t expensive. "This is a Tempo watch," he says, wriggling his wrist.

The timepiece goes for about R1 500 – nothing to be sneezed at but not exactly a Rolex.

For the rest, he’s wearing a T-shirt, jeans and a trendy brimmed hat when we meet at Mugg & Bean in his home town, Hartbeespoort in North West.

Three years ago he was a clueless businessman running a small fish-and-chips shop in KwaZulu-Natal with his ex-boyfriend, he begins.

"That didn’t work out. I didn’t know what I was doing. My monthly expenses were too high and I couldn’t afford to pay for everything."

And when he split up with his partner of two years, the business went belly up. His mom, Elna*, stepped in, paying the final month’s rent on the eatery and allowing him to move into a house she owns.

"I was in debt, I didn’t have a car, I didn’t know how I was going to pay anything," Stewart tells us.

"That was really hard. I drank a lot every day just trying to work through it." Seeing his desperation, his sister, Rebecca*, got him to install security gates at her home so she had "an excuse" to give him money.

Things started to look up when he read the bestselling self-help book The Secret, by Rhonda Byrne, about a month before he hit the jackpot.

Finally he felt as if he was able to pick up the pieces. "I’d meditate and say, ‘I’m happy and wealthy.’ I didn’t know where the money would come from but I started to make peace with my life."

Little by little, he became the Stewart he always knew he could be. He even started cooking again – one of his favourite pastimes.

He started going out more and stopped drinking every day. One night he went out with friends.

"Just before we went home we went to Spar to get something and there was nobody in the Lotto queue so I bought a R50 Quick Pick," he says. "I hadn’t bought a Lotto ticket in forever."

The following morning he checked the winning numbers on his phone – and what he saw left him surprised.

"All the numbers were there. I got five numbers! But now what? I wasn’t sure. I even read online what you’re supposed to do if you’re a winner.

'Going on holiday and getting a massage'

"The first thing I thought about was going on holiday and getting a massage." He called Rebecca to tell her the news but he didn’t tell his mom just yet – he wanted to surprise her.

"She’d been worrying about money as well because she had to take care of me too." He went to Elna’s house and told her in person. "I said, ‘You don’t have to take care of me anymore.’ She was like, ‘What are you talking about?’ And then I told her. I don’t think she realised it was true until I showed her the ticket."

To claim his prize, Stewart had to go to the national lottery’s offices in Johannesburg. He recalls feeling terrified.

"We put the ticket in the Bible to keep it safe. Nobody is going to steal a Bible!" Stewart says he was a nervous wreck after visiting the offices.

"I had to take calming pills. You think, ‘Is the money coming?’ It was probably the most stressful week of my life."

But he needn’t have fretted: soon the money was in his bank account. Worried about keeping all his eggs in one basket, Stewart sought ways to invest the money.

Living off interest on investments

He settled on several business ventures in mining, property, farming and events – and now he’s living off the interest.

Of course, it hasn’t been windfall after windfall. A few of his investments went bad, he acknowledges. "My mom is my financial adviser because she’s good with business," he says. "I value her opinion."

He’s splashed out in three major ways since his win: he took Elna and Rebecca on holiday to Mauritius for 10 days, renovated his home and bought a car.

He’d always dreamt of having a sports car – but instead of buying an out-of-the-box Lamborghini or a Porsche, he treated himself to a second-hand Audi TT.

Stewart doesn’t flaunt his good fortune and not even his friends or new partner know of his unexpected windfall.

"My partner knows everything about my businesses," Stewart says. "He just doesn’t know where I got the money to do these things.

"Everything I’ve read says as soon as people know you have money something changes. They’re thinking, ‘You could help me so why don’t you,’ and become resentful."

He still uses his three-year-old iPhone 6, shops at Mr Price, Pick n Pay and Spar, and refuses to go to expensive restaurants.

A millionaire that saves

In spite of being a millionaire, Stewart saves up for everything he wants and makes sure he has all his bases covered.

"I have good health insurance and retirement annuities and a lot of capital goes in there," he explains.

He still sees a psychologist organised by National Lottery and it’s helped him through the process. "She sits down and talks to you and gets to know you a little better," he says. "I think without that I wouldn’t have anything left."

The biggest change now that he has money is the freedom it brings, Stewart says. "I no longer have to stress about where the money is coming from. That’s a bad feeling – I hate that feeling."

He’s usually up by 06:00 and plays computer games, then walks his four dogs or reads up on new business opportunities.

When he feels like a treat, he books a massage and he goes on holiday twice a year. His one big dream? Owning an island.

"Everybody keeps saying you can’t have one," he says. "But I don’t see why not. I’ve done some research and there are cheap islands." Stewart also hopes to marry his partner.

"I’ve been thinking a lot about telling him. I thought if I propose, I’d tell him."

His life is "too amazing" to keep to himself forever.

We live in a world where facts and fiction get blurred
In times of uncertainty you need journalism you can trust. For only R75 per month, you have access to a world of in-depth analyses, investigative journalism, top opinions and a range of features. Journalism strengthens democracy. Invest in the future today.
Subscribe to News24
Related Links
SA's super-rich: their preferred cars, hotels and watches
Limpopo pensioner Lotto winner scoops R39m
Where's the winner? R21 million Lotto jackpot goes unclaimed
Next on You
Woman with the world's second-biggest butt insures her asset for R5,4 million

Read more on:
lotto
LATEST YOU