Rachel Thompson took Apple to court to gain access to her late husband's images and videos on his phone. (Photo: Getty Images)

After her husband took his own life in July 2015 the most important thing to the grieving widow was to ensure she kept his legacy alive in the memory of their daughter.

But tech giant Apple denied Rachel Thompson (44) access to her husband Matt’s account, which included 4 500 images and 900 videos. So she dragged the company to court.

Apple initially said it would only release the images and videos under a court order as Matt hadn’t specified what access others should have to his account after his death.

Rachel, a property adviser from Chiswick, west London, met Matt when she was 19 and he was 18. They married 10 years later and welcomed a daughter, Matilda (now 10).

Matt, an estate agent who committed suicide at 39, had thousands of photos on his iPhone of their relationship and Matilda’s early childhood, Daily Mail writes.

On his Apple account he also had images of Rachel’s father, who’d passed away 18 months after his death.

For Rachel, keeping the photos and videos of her husband was more important than any of his other assets.

“Videos are really nice because it’s amazing how quickly you forget what somebody looks like,” she says.

Her case was heard at Central London County Court, where Judge Jan Luba called for a change in the law, The World News adds. He also demanded the legal system create a simpler way to settle such cases in the future.

“Photos used to be kept in physical photo albums but now they’re kept online,” barrister Matt Himsworth says. “Now, instead of looking through a photo album, our loved ones need a username and password to access this material. But what happens when they don’t have this information?”

Share
Next on You
An ocean love affair: How this SA filmmaker’s unlikely bond with an octopus turned into a popular Netflix documentary 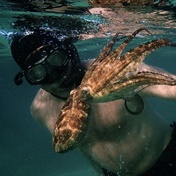